Time to give the villains some love with new heraldry. Here comes a few that I have developed for my campaign, so lets go through them.

First stop is Bone March, and Lands of the Broken Bone. The area directly ruled by Spinecastle. First in original polished form. 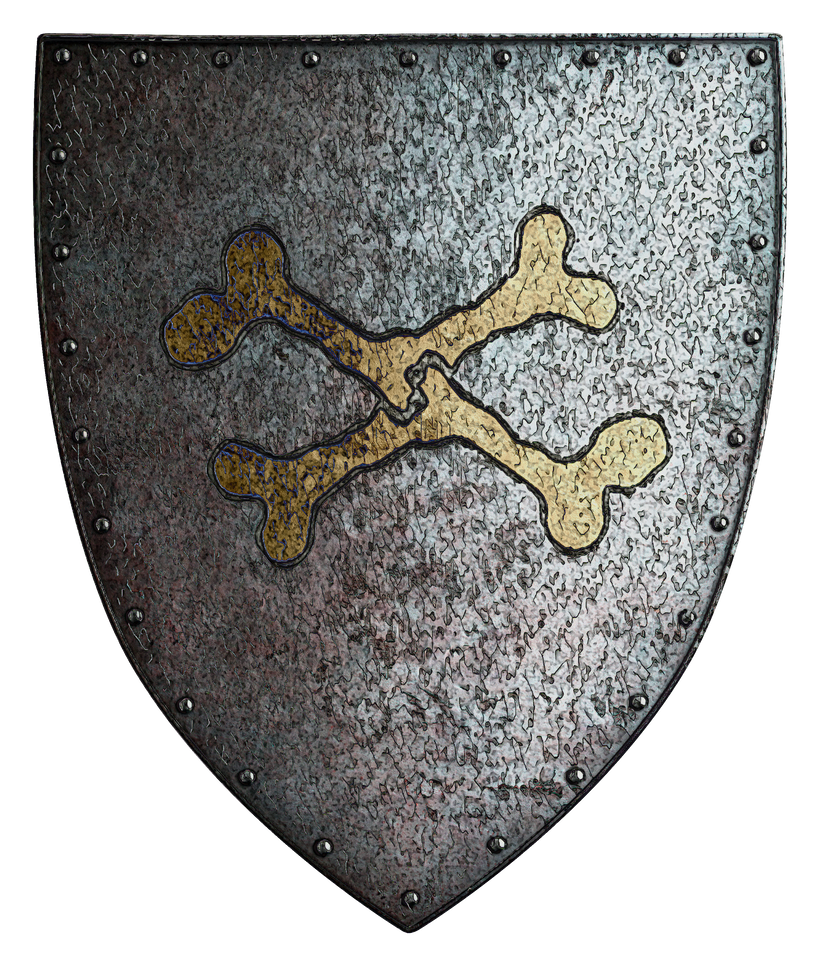 and then in the more decrepit state you will find it in the hands of most of those using it. 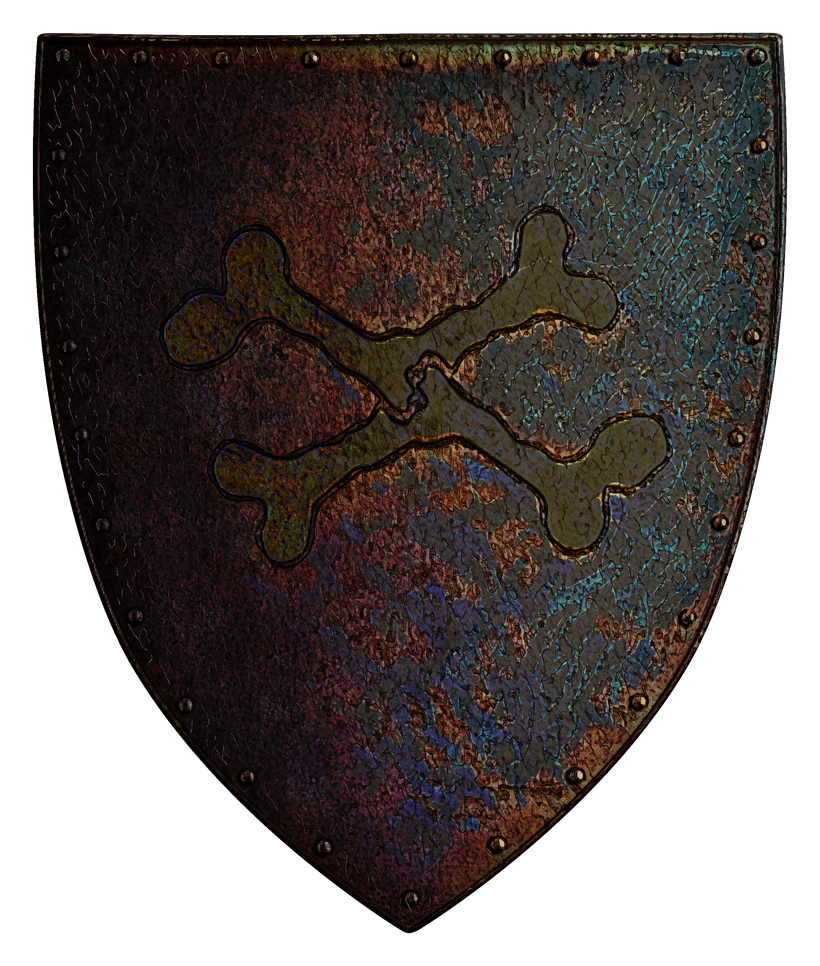 Next in line from the Bone March are the Ripper Hills Hobgoblins. 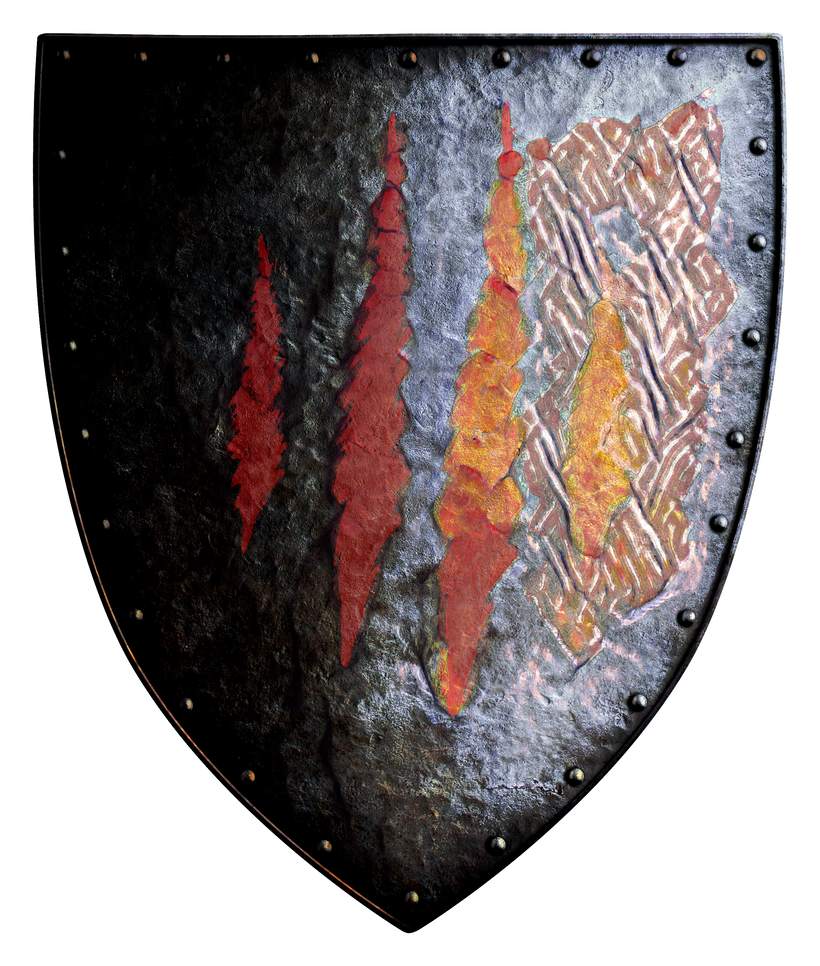 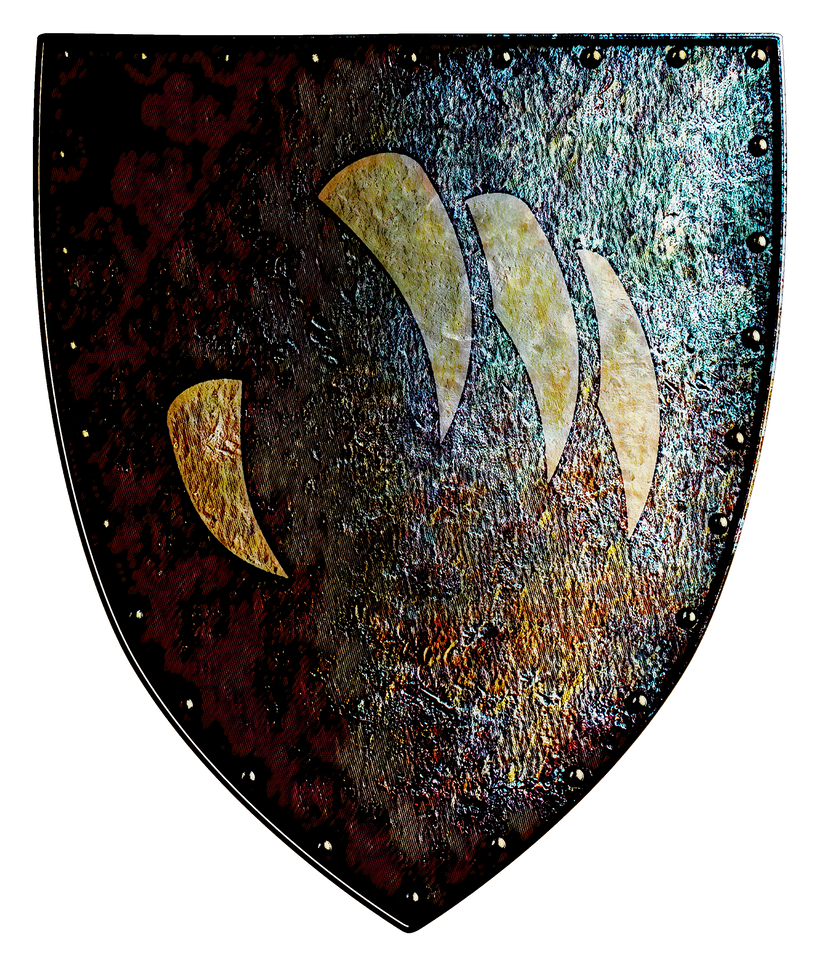 and maybe the worst in Bone March, the Evil Eye Orcs: 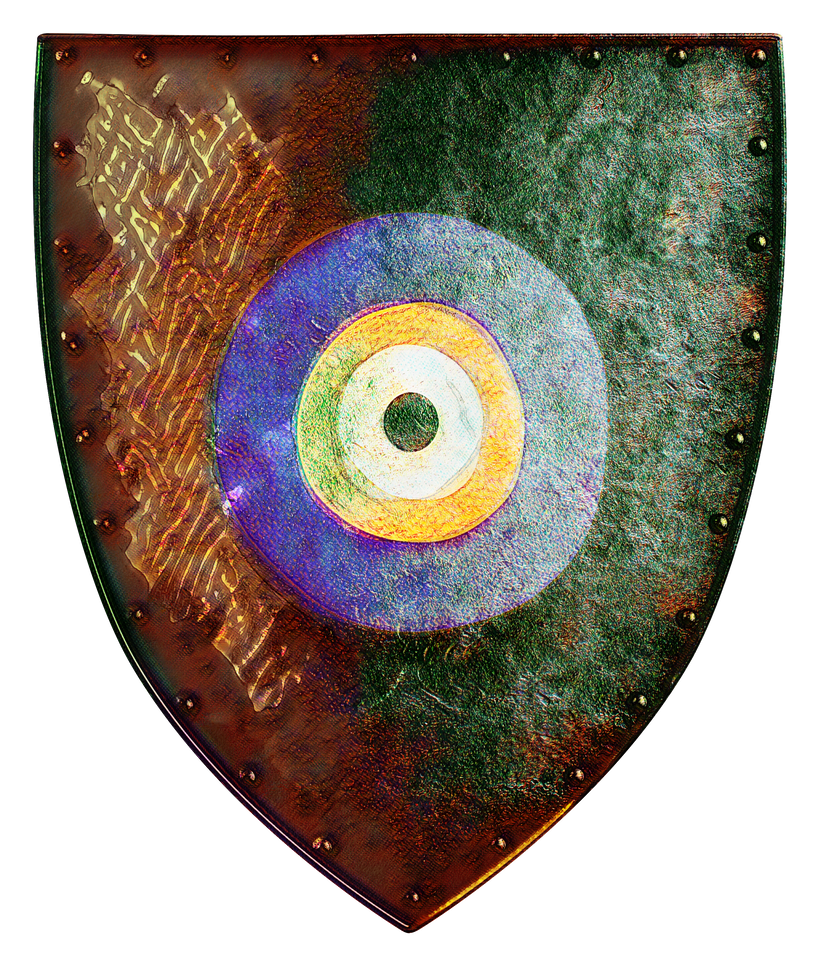 and finally the Vile Rune Orcs also from the Bone March: 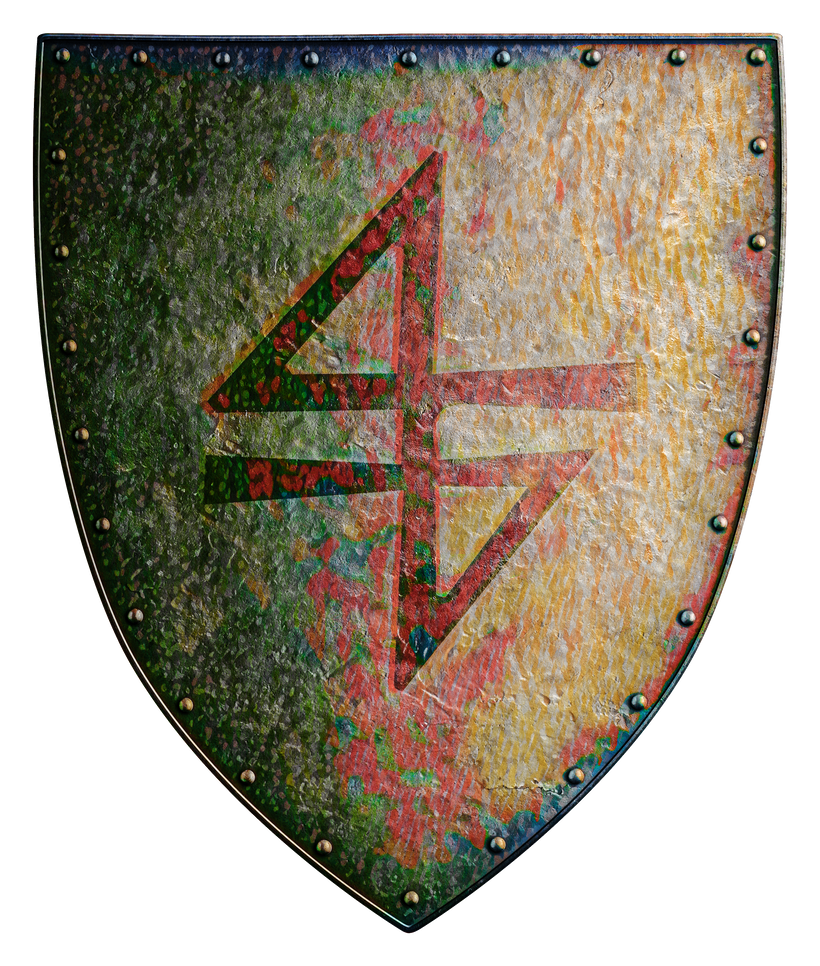 Here are a few from the sands once ruled by the Horned Society and now (mostly) under Iuz. But there are still those who resist him and Dahlvier is one of them, he is as mean and tough as the Old One they say and his heraldry goes back a long time and is a dire waning to those who dare intrude... 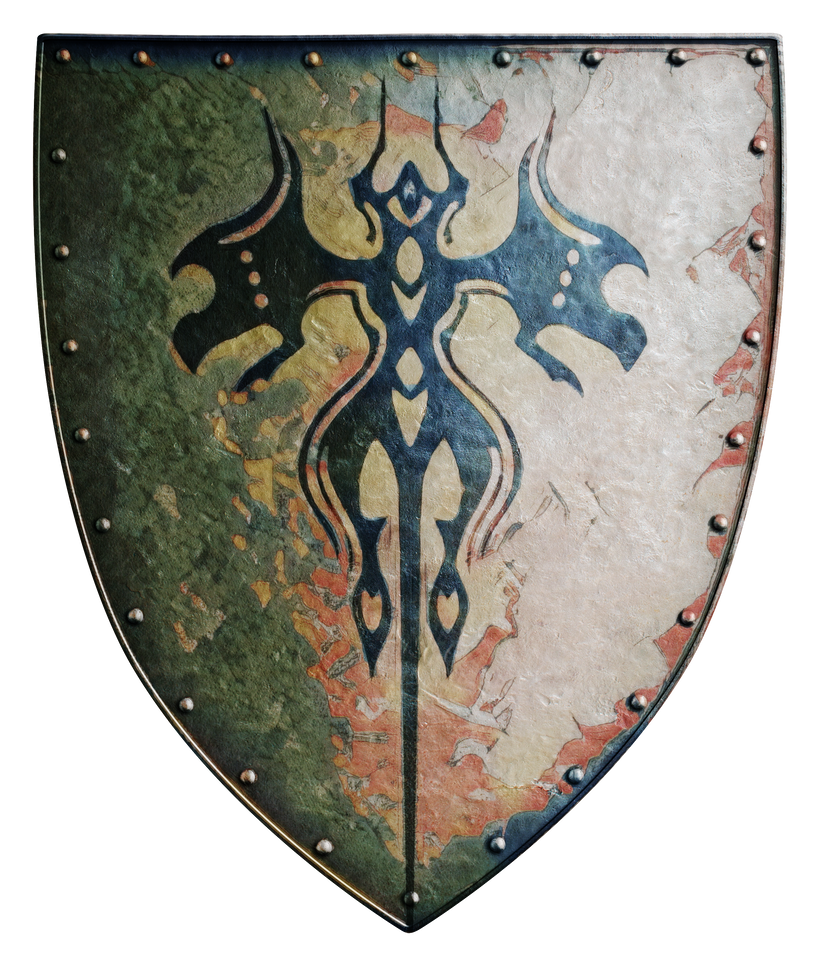 With the Dahlvier shield I wanted to reach back and tie into old flan tradition of symbols. Very different from the Aerdy designs, simpler and more occult. My inspiration is Celtic, Nordic and European bronze age.

Next are the Tribal Lands of the Hoch Jebline in the Northern Horned Lands. Nominally under Iuz rule but in reality a mostly self, or non governed area full of various Goblinoids who are fans of Maglubiyet. The design is inspired by the Illustration in Dragon #372 p33. 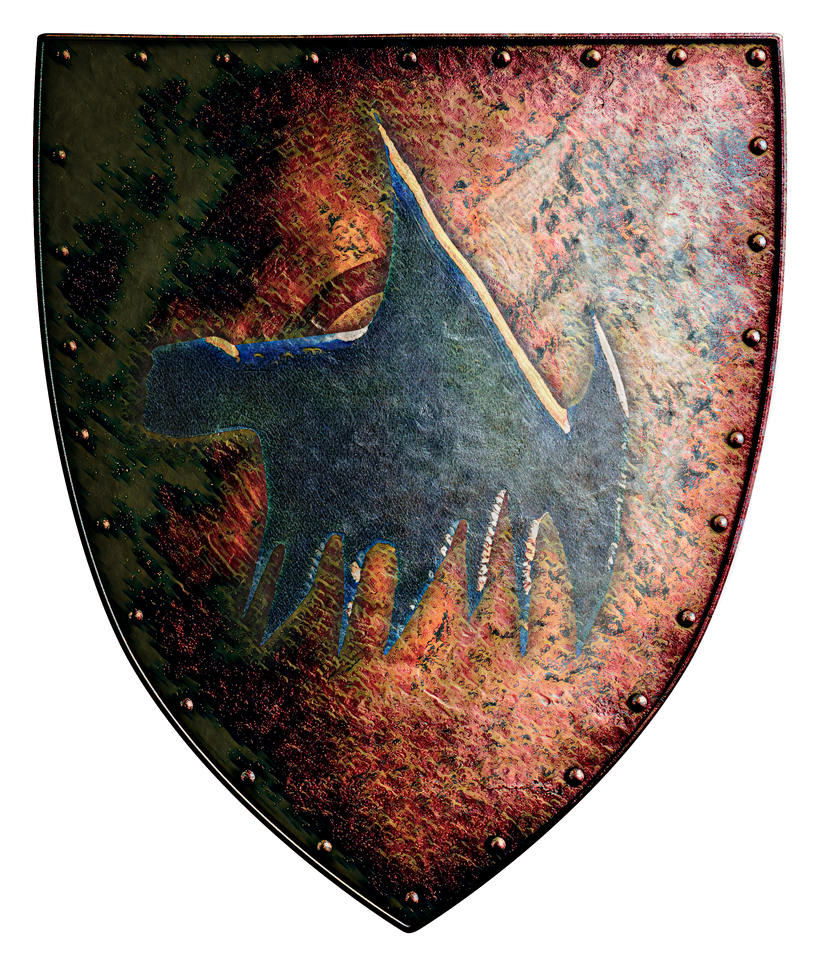 Next is Kazgund, a city run by Orc's in my campaign. They want to convey a bit more civilized flair and show of their building prowess. 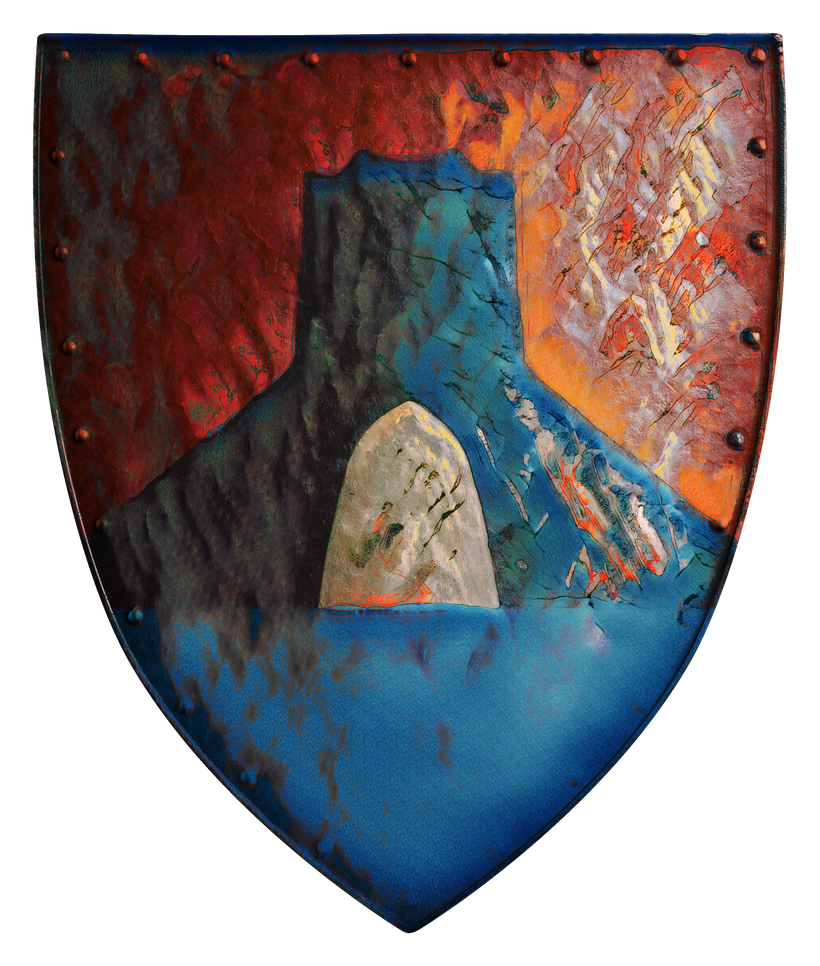 Last in this small collection are the city of Izlen. Originally (in my campaign at least) it got started as a outpost of the Great Kingdom on the north western shores of the Whyestil Lake. It was probably intended to be the base for further expansion, but then Ferron broke off and Izlen's future became very different. The original heraldry shows the fledgling city as a bastion of the Aerdy. 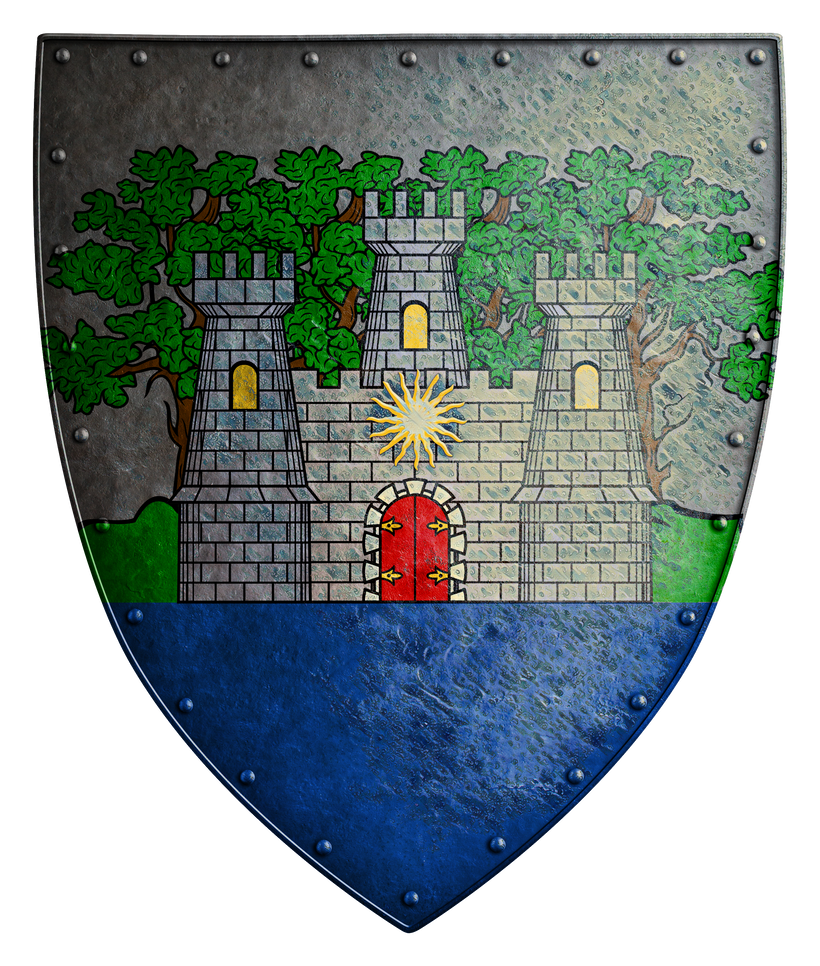 if you can find any of those old shields in the late 500's they will look something like this: 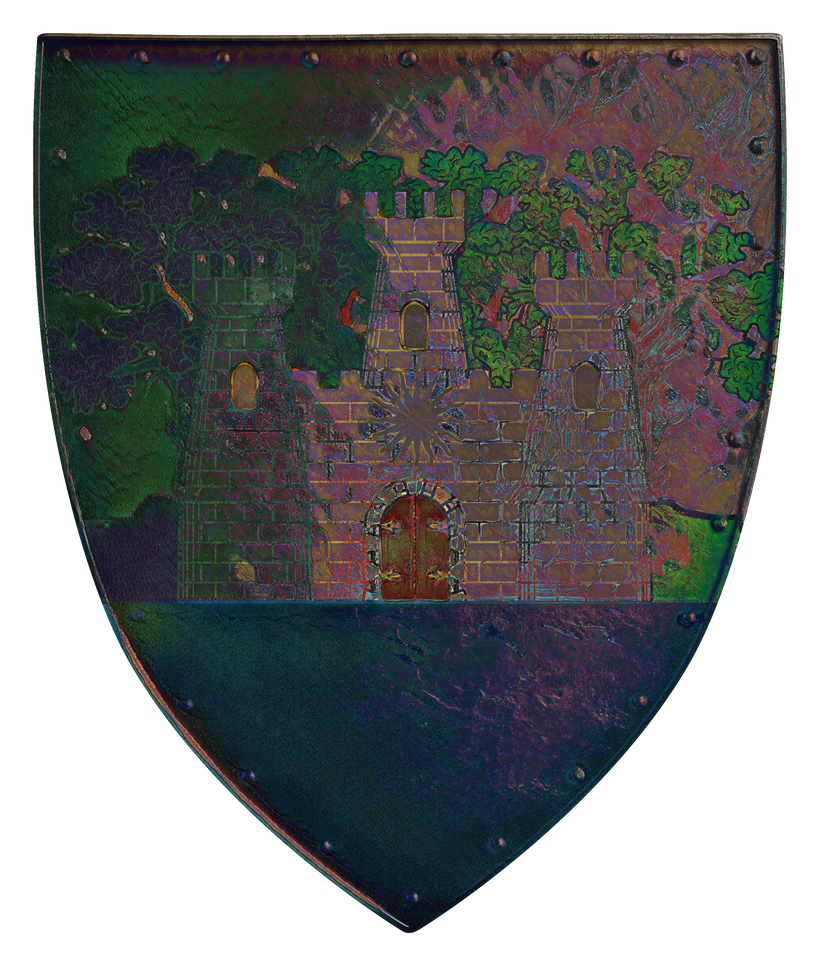 Nowadays the Old Empire have adopted a more, for their emperor, suitable shield that still keeps the same old elements: 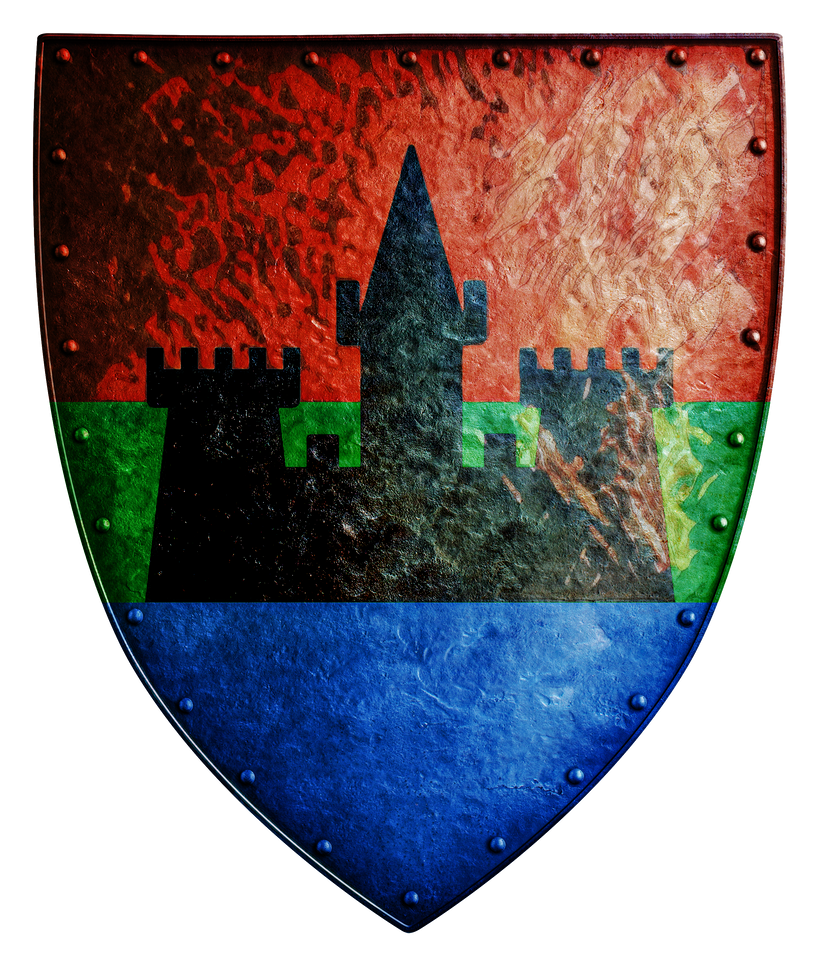 I haven't updated it properly, that is something for later this year. The places referred to here are on the map.

That was it for this time, more is coming. Now back to my 598CY map again.

I'll be streaming a work session on my Twitch channel tomorrow at 5PM PDT/8PM EDT.  https://www.twitch.tv/anna_b_meyer

The plan Photoshop and Illustrator work for the most part both artistic and tedious work. Stop by and questions and keep me company! 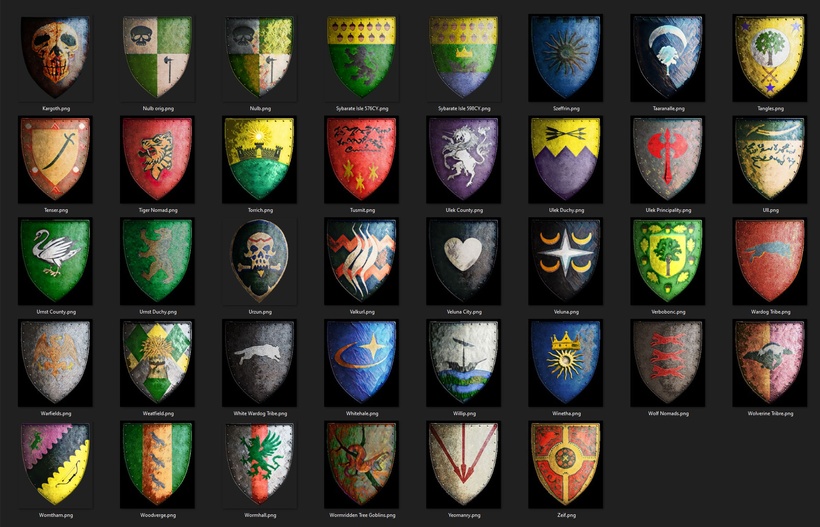 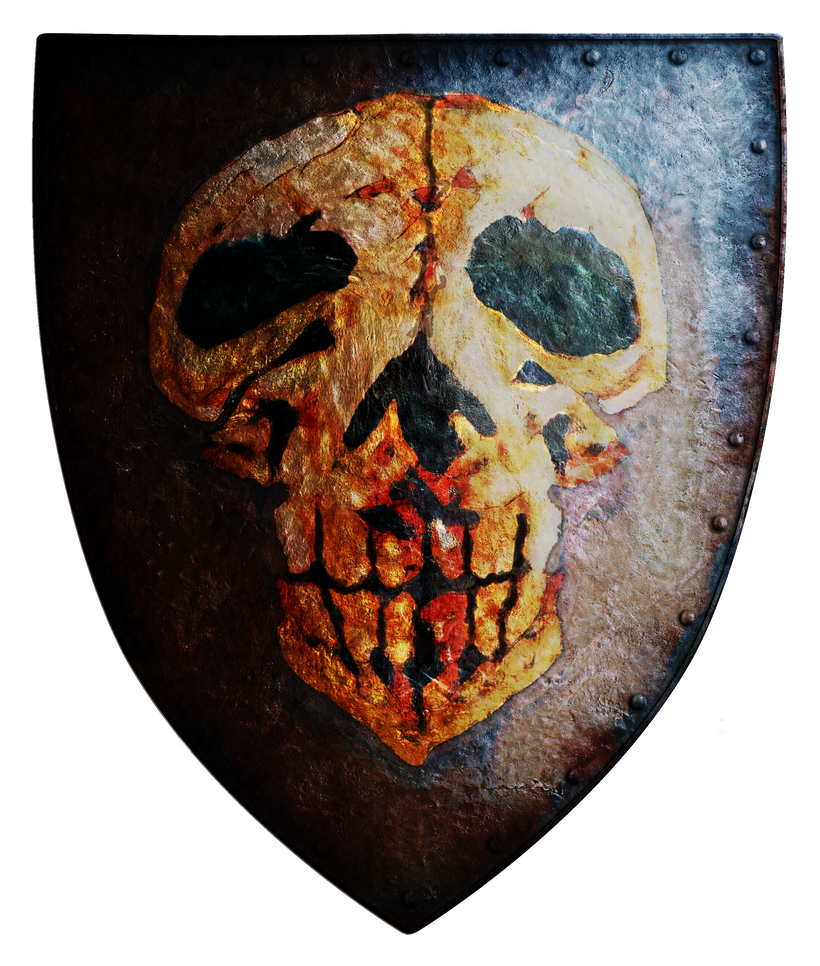 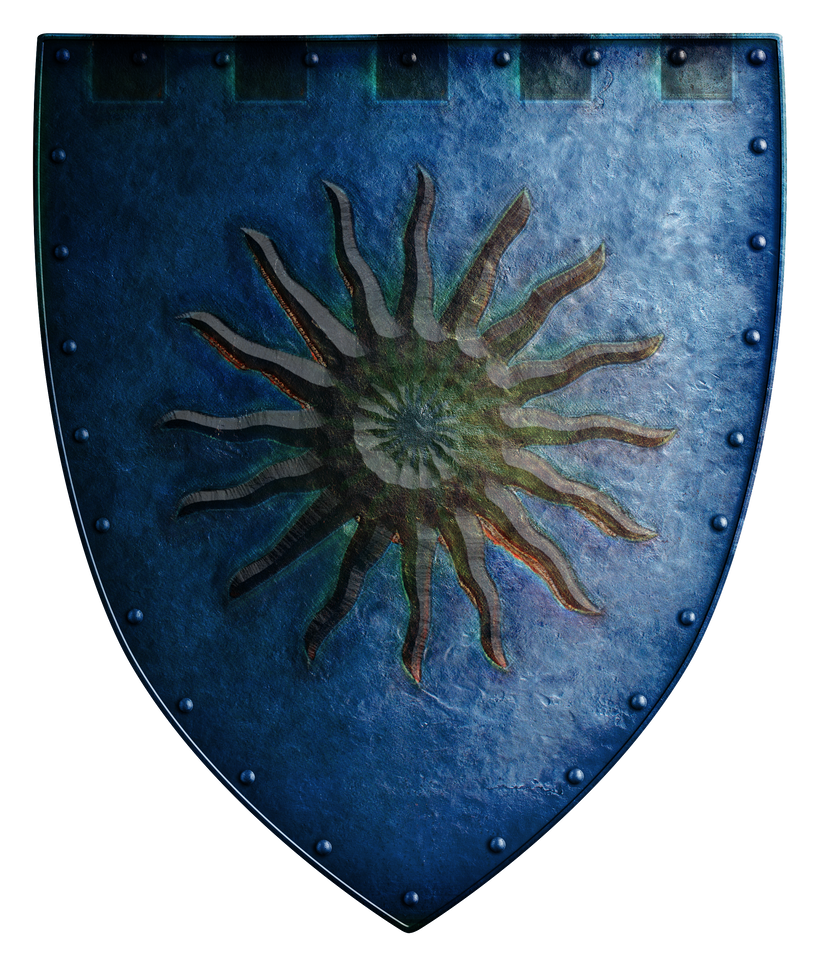 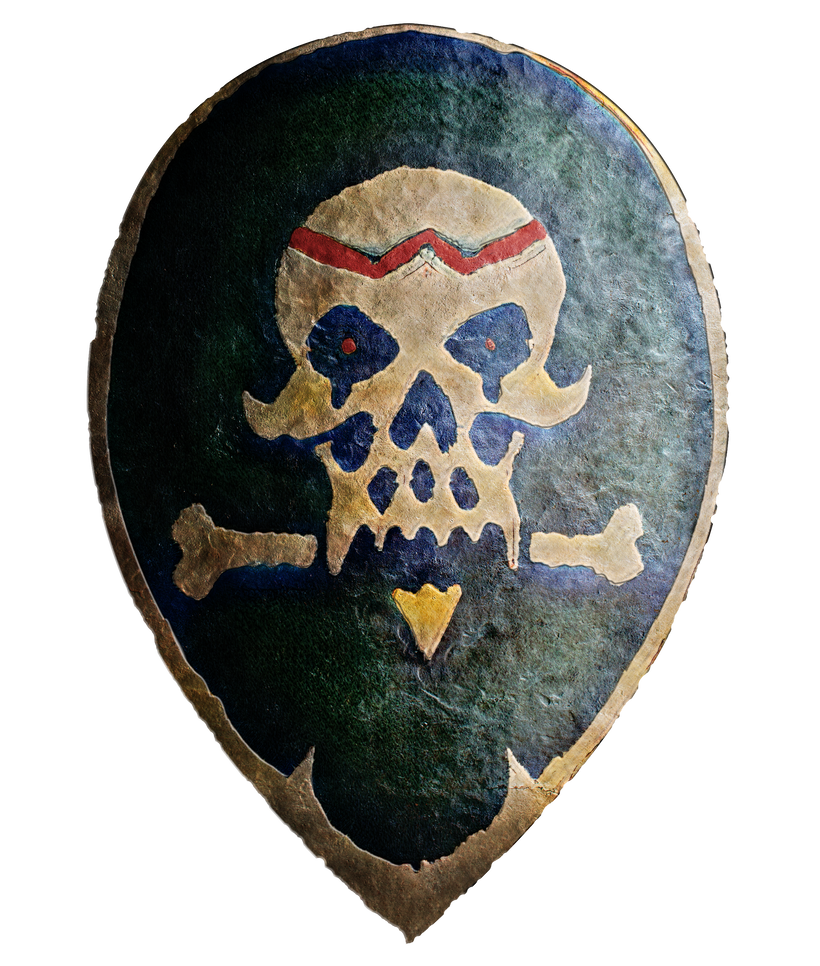 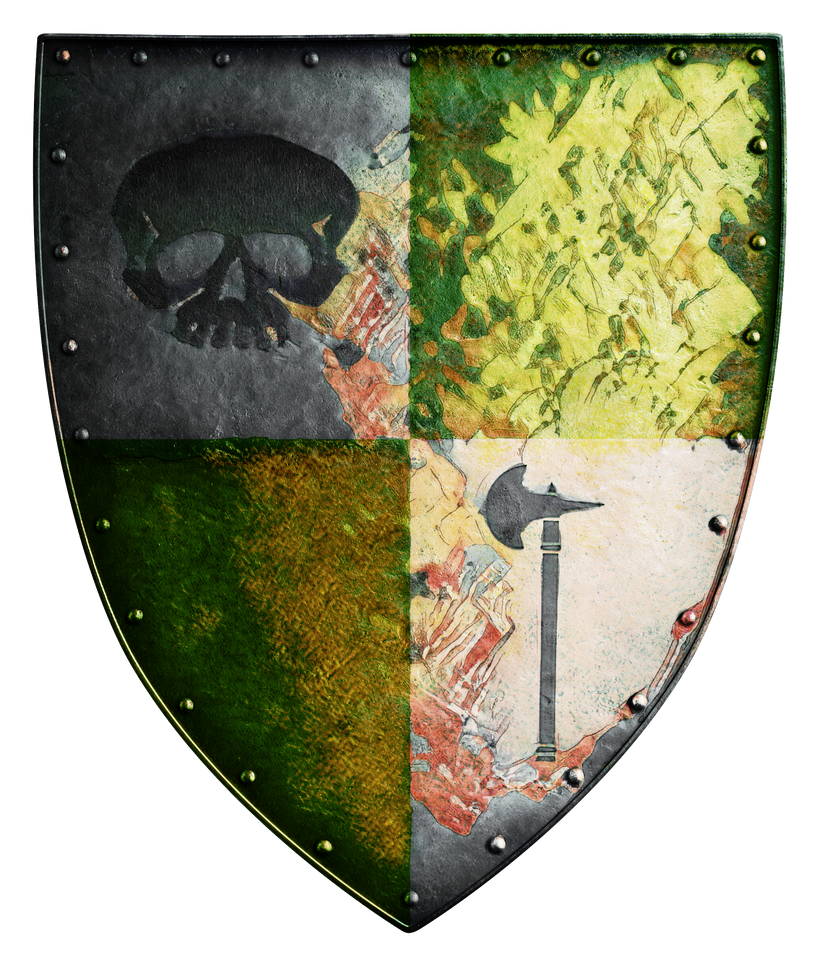 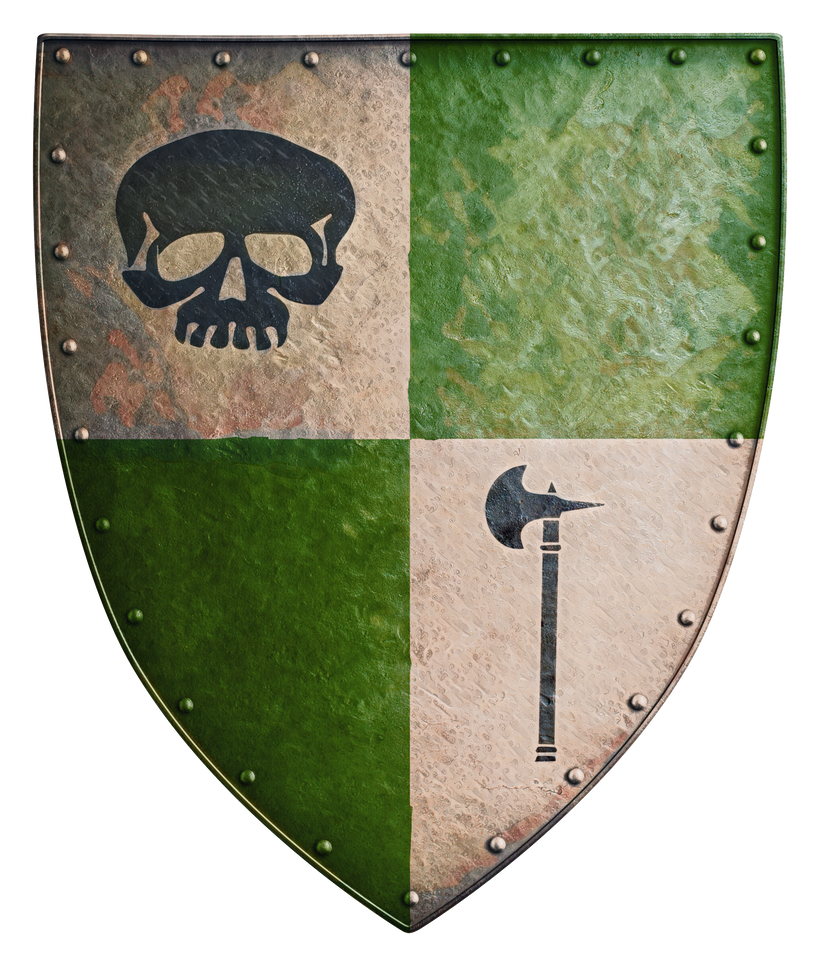 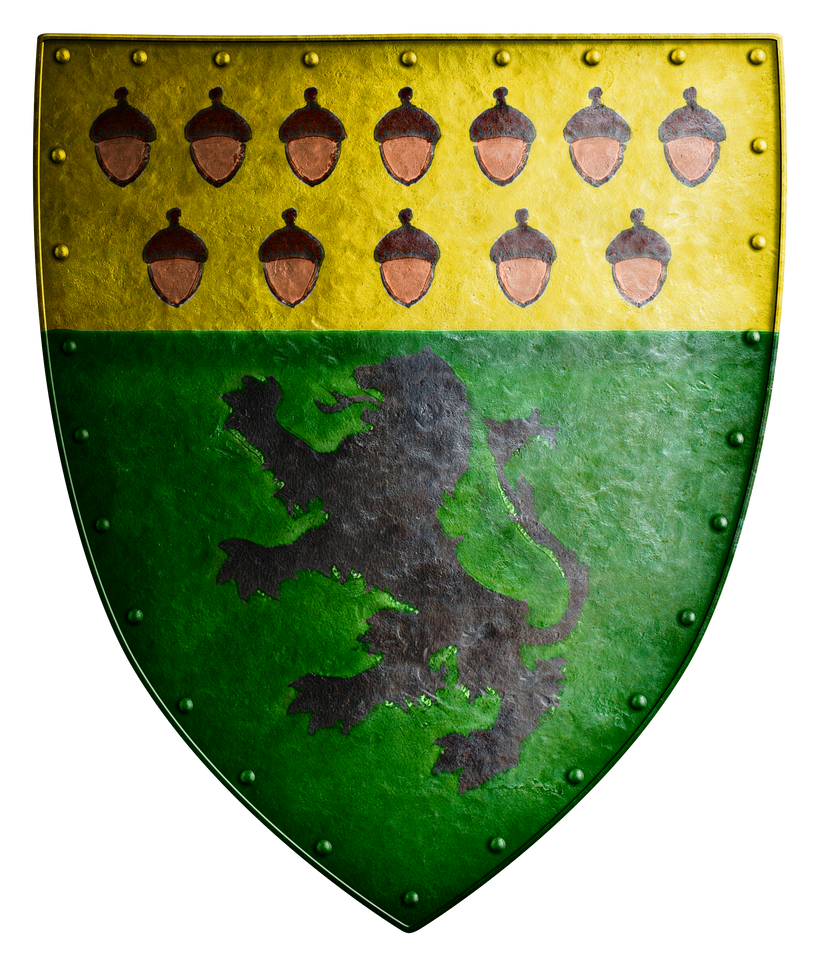 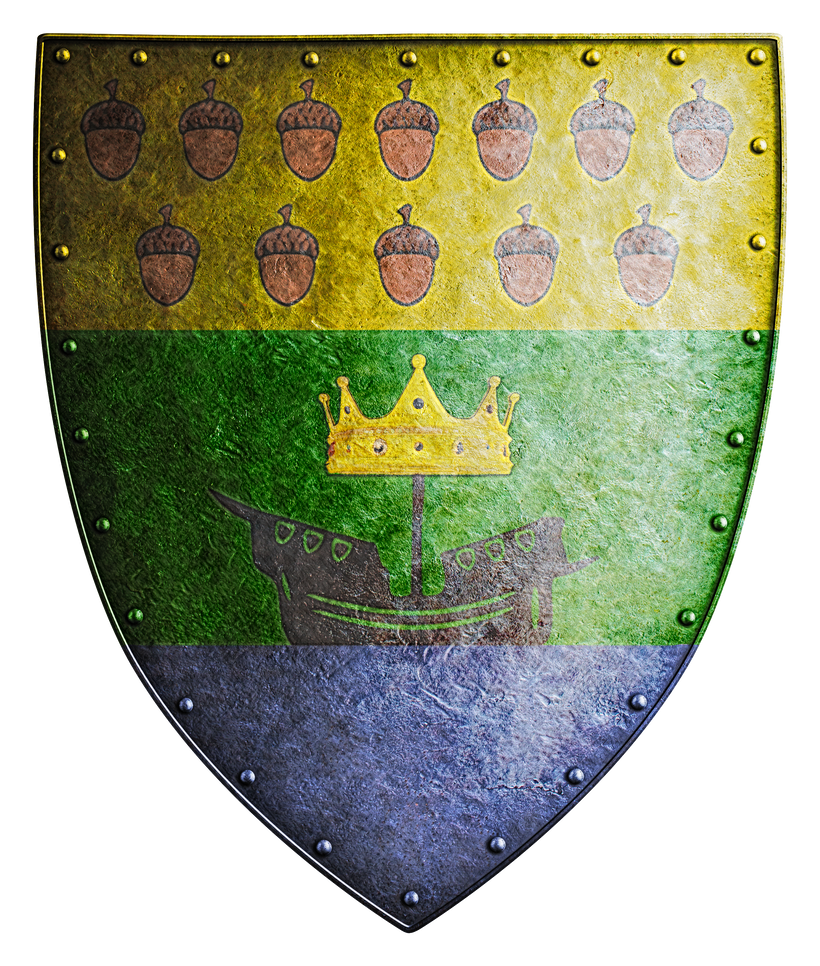 Tomorrow at 5pm PDT / 8pm EDT I'll be on Twitch again for some more mapping. I'm sure exactly what I'll work on but it will be Greyhawk related for sure! 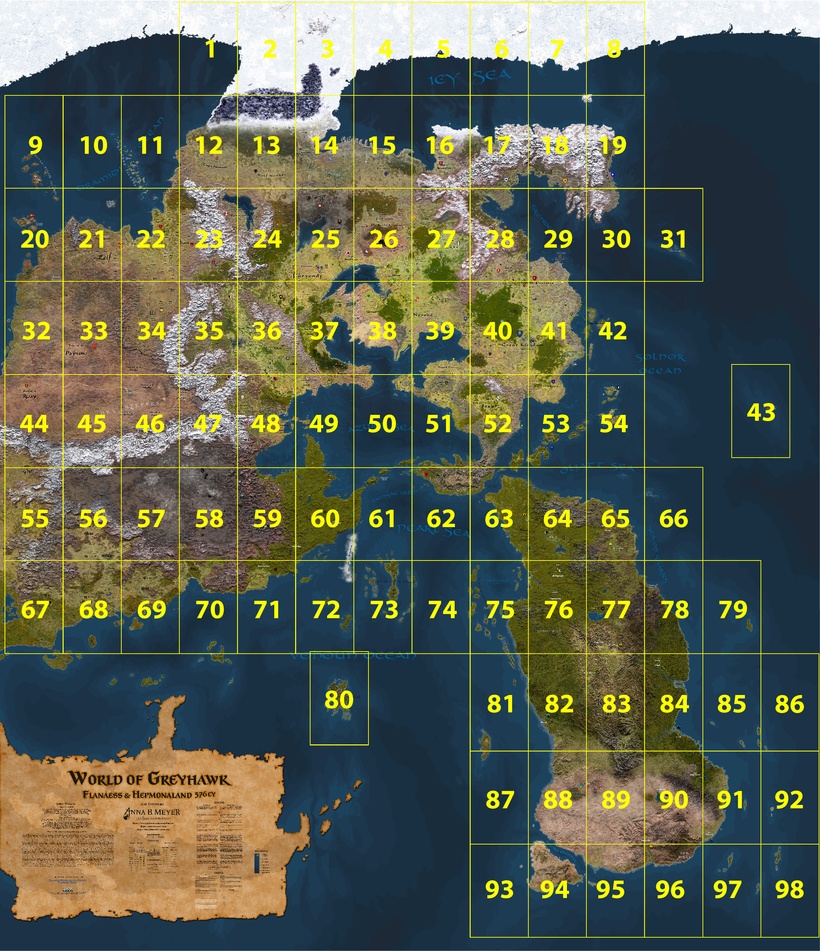 I took a while longer, as this things have a tendency to take, but here it is!

First a HUGE thank you to Duane Costa for the stellar work on the index!

98 maps plus cover, index, legend etc. Available in JPG and 2 PDF versions. PDF comes in both full quality for best printability and compressed for digital use. There are also single page and all in one pdf variants.