Why didn't I think of that before?

Figuring out a better way of doing things can sometimes take a surprisingly long time, and then all of a sudden strike you. I've worked with 3D terrain tools for over twenty years now and one of the main frustrations for me have been to try and create believable lakes and rivers.

The situation have always been like this: I have managed to make a great looking landscape. Then when I'm trying to place rivers and lakes they need to shape the landscape around them in order to fit in properly, but this inevitably messed up the geometry and required erosion to be applied again which had to be basked and so on. this It became a vicious cycle of refinement and masking over and over in order to create believable lake and river systems.

Over the years I've refined this five major times and made significant improvements, but to the price of more and more recalculations and masking, which take  time to render. Two days ago when I was working in Photoshop listening to music it just struck me to reverse how I did things. 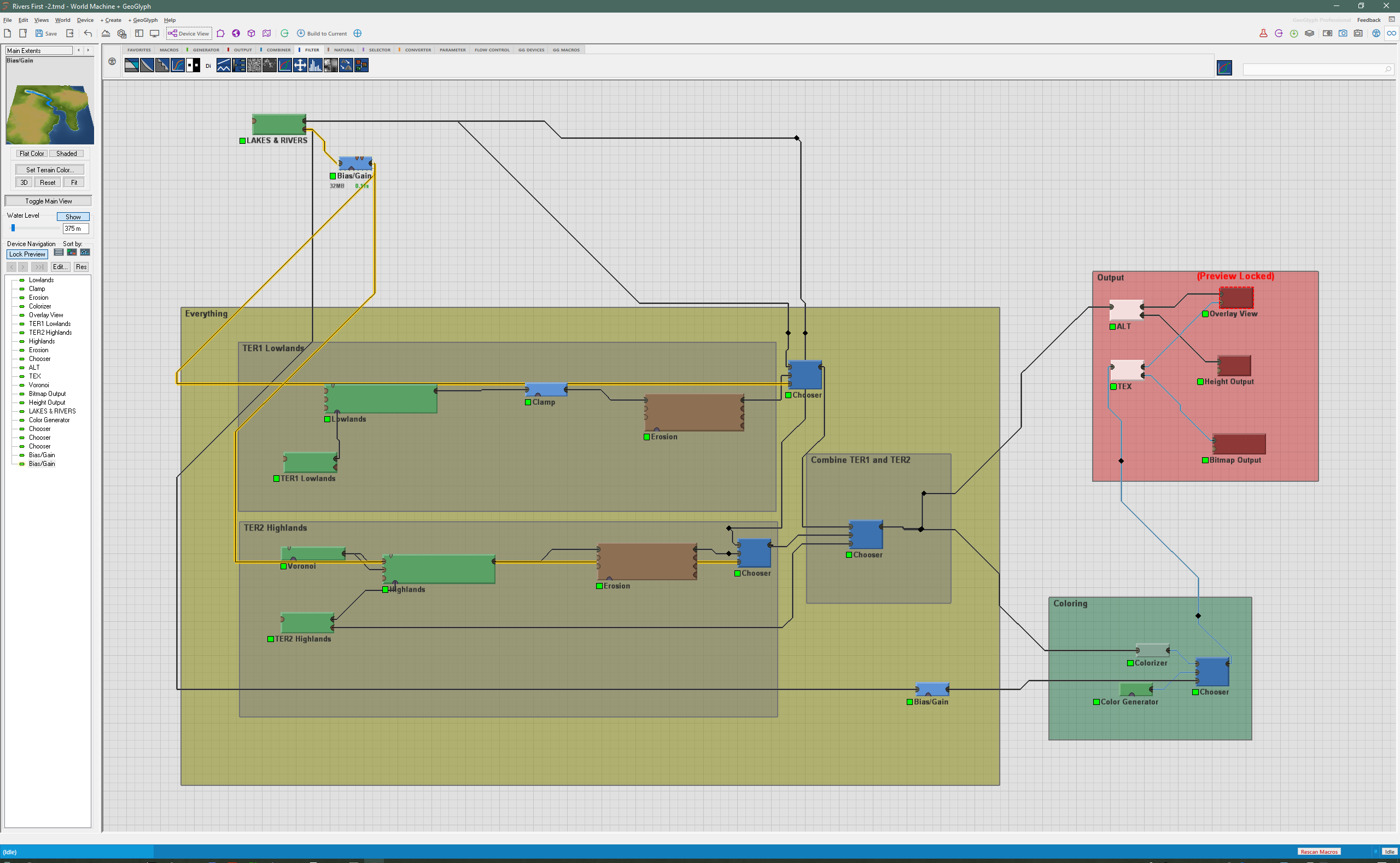 I did a simple test build which kept me up much later than New Years, so now you know my priorities! It turned out really well so now I'm reworking my islands project to take advantage of this way of doing things.

So far my impression is that the results are better than anything I've achieved before and much improved performance, so it is a win win. Note that this only affects in which order the data are generated and processed, so nothing stops you from first creating the landscape and then adding lakes and rivers. World Machine will adjust the landscape will readjust to the added water.

One of the most striking benefits are the fast response you get when you edit river and lake shapes. The other is that now you can create both lakes and rivers using the same Layout Generator which means that rivers now are properly attached to lakes automatically, in most cases. You still have to make sure they are properly welded and on the same elevation.

I haven't extracted data and applied it to texturing yet, so there might be a snafu or two still to be worked out, but I can't see any reason why that should work. That is my mission of the day to put all that back together again using the new lakes and rivers.

Here is a link to my basic test file so toy can try it out:

Here is my new version of the Island Project using the new rivers:

I have to issue a warning for this file. The regular Views are no longer functioning. I've created temporary view here: 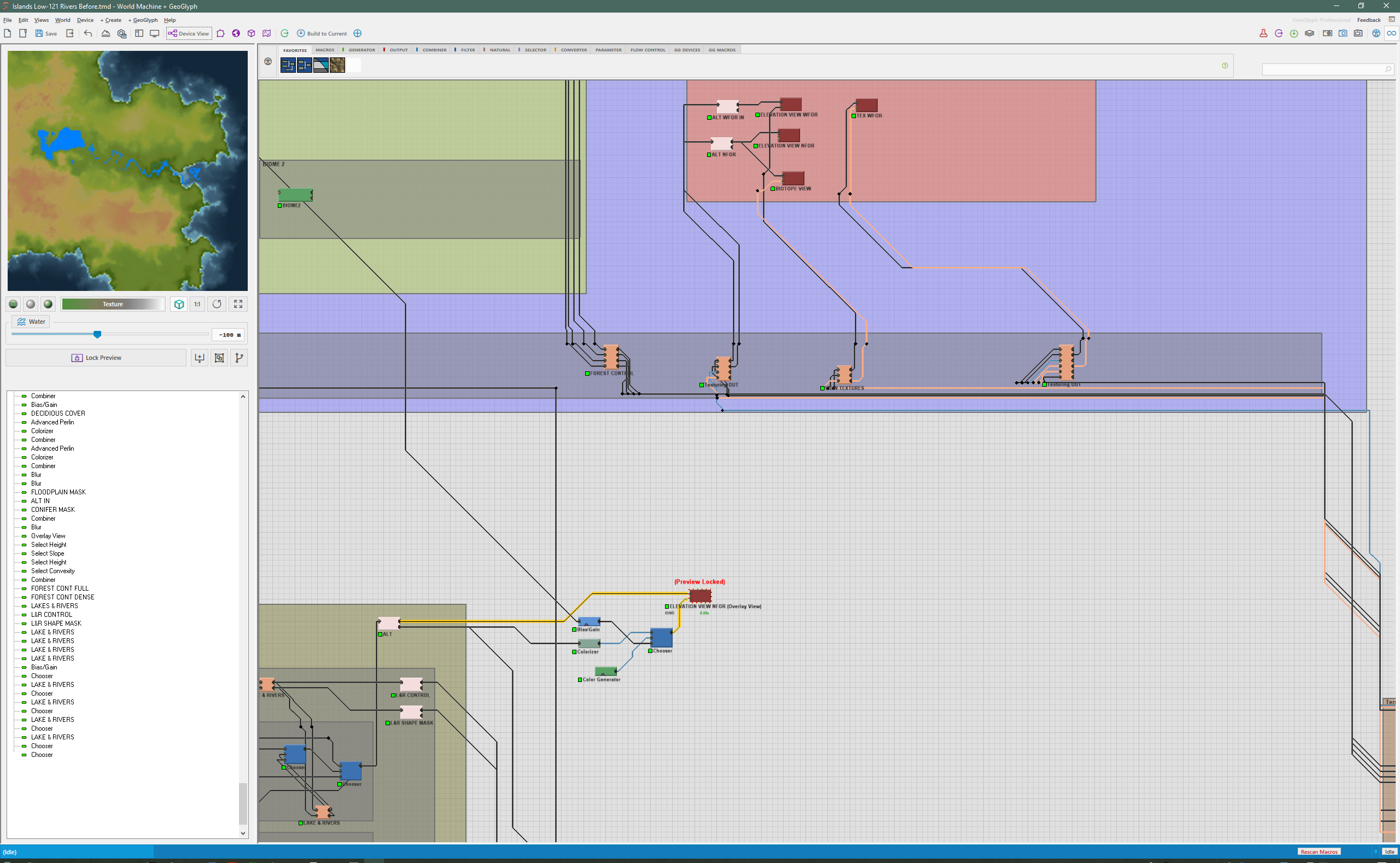 You can use this one until the textures are back in play again, which I hope to have fixed today.