A first look at a new generation of Greyhawk maps

This is a first sneak peek into the next generation of my Greyhawk maps. The technology and style of my Flanaess map is over twenty years old, and it is based on tools that was cutting edge in 1995, and much, very much, has happened since. I continued to use Bryce for terrain generation until about 10 years ago when I started to use World Machine, a then new tool for 3D virtual terrain creation. 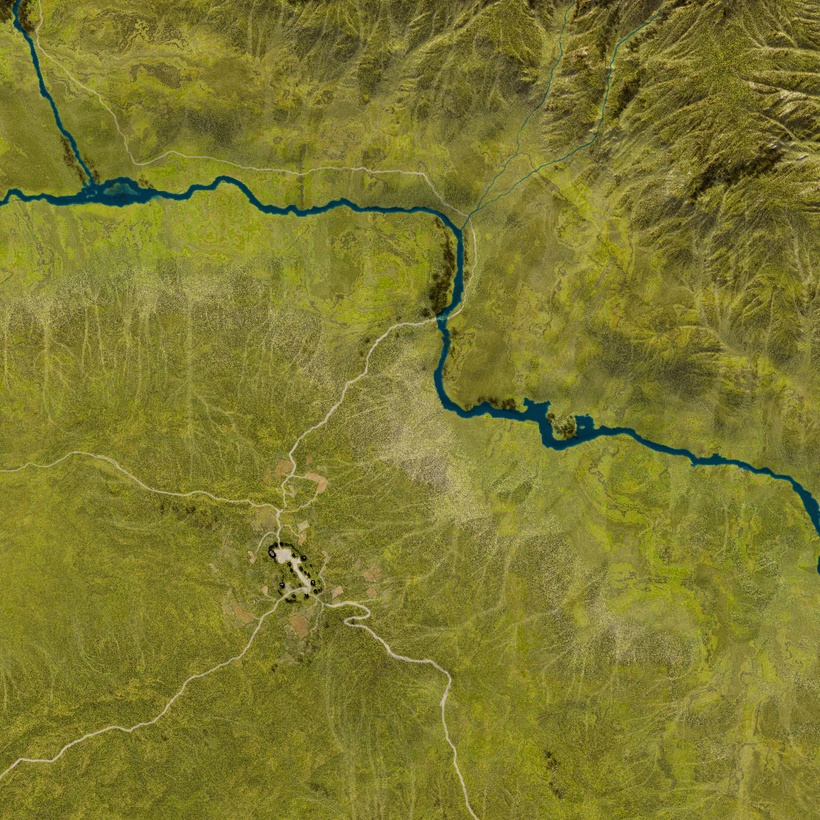 Now 10 years later I'm still using it, despite many including me have predicted its demise. Despite half a dozen new competitors I'm still using it, not because it is such a great tool, but because it is still the best for large area virtual terrain creation. After sending a couple of thousands of dollars and many weeks to try out other tools, I must admit it is still the best. For me that is based on three key features. First quality of the terrain details where WM is still as good as the rest of the competition, not better but as good as. Second, large area terrain creation, it is still by far the best  in this category with virtually unlimited area to work in. Third it is the only tool that can properly create river systems, not by default but with some workarounds and hoop, it is possible to create realistic river systems spanning a whole continent.

The textured maps I how here are 5 ft per pixel scale and show 1 square mile, and only halfway done, but they show the potential of a modern mapping standard for fantasy mapping. This is the kind of map I want for my overland adventures, making it possible to run them almost as dungeon adventures. The characters can get lost here, and it is not the easiest thing to find your way across a kingdom if there are no road markers, so an in game map prop might be really useful. 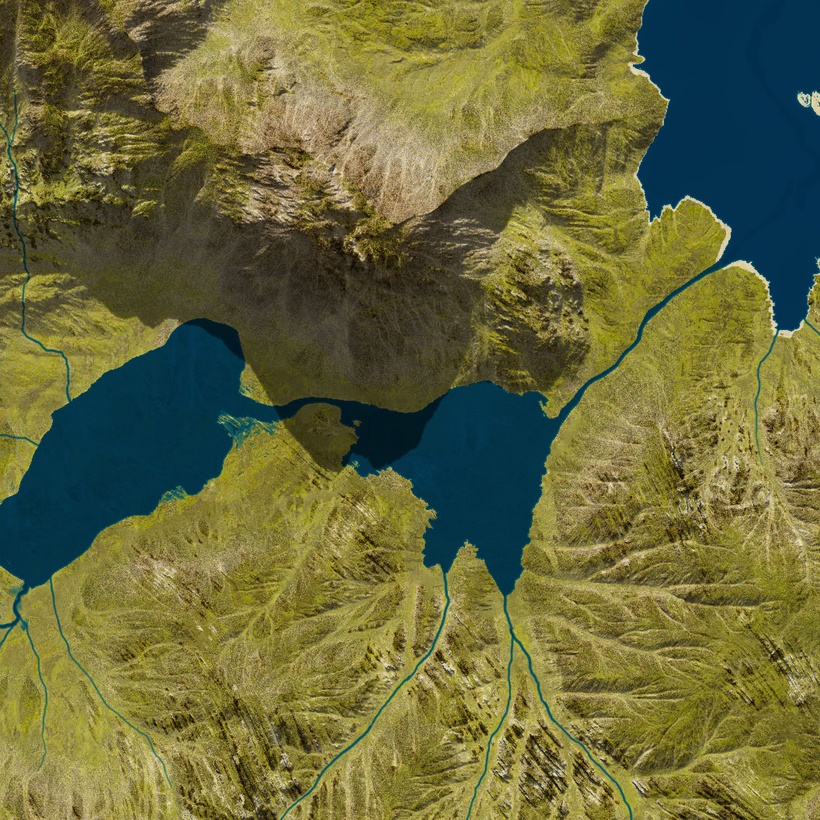 One of the main reasons it has taken me years to get to this stage is rivers, which I see as a necessary part of the landscape but something that was not doable with 3D terrain tools. Until now! The latest version of World Machine  has some basic functions that together with some clever programming makes it possible to create rivers using a combination of manual placement and procedural generation. 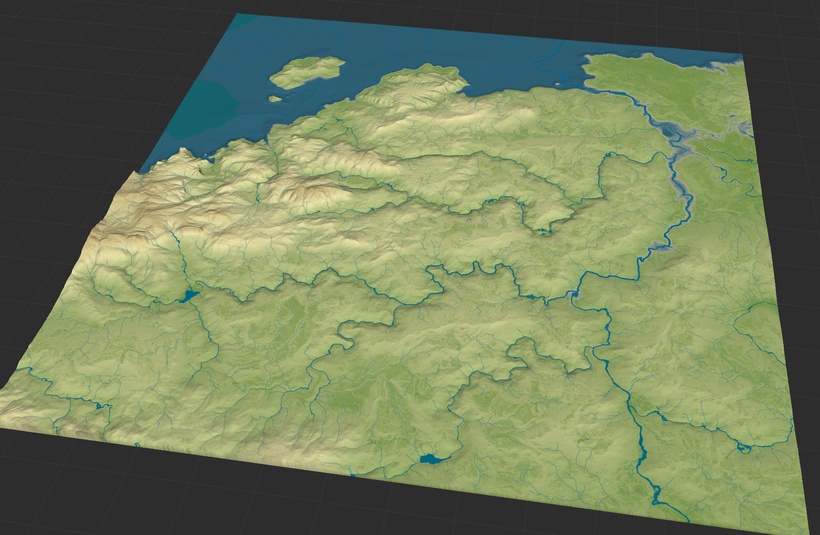 When you are trying to recreate the terrain of a fantasy world you have a need to place major, and some minor, rivers along with a lot of other features in the places they are shown on maps and written about in the text. Then t flesh out the rest of the terrain and make it believable and interesting you need fractal power to place the myriad of other features, including lakes, rivers and other forms of wetlands. This is not an easy process, since you want all this realistically eroded and well blended without losing the ability to still edit things manually. 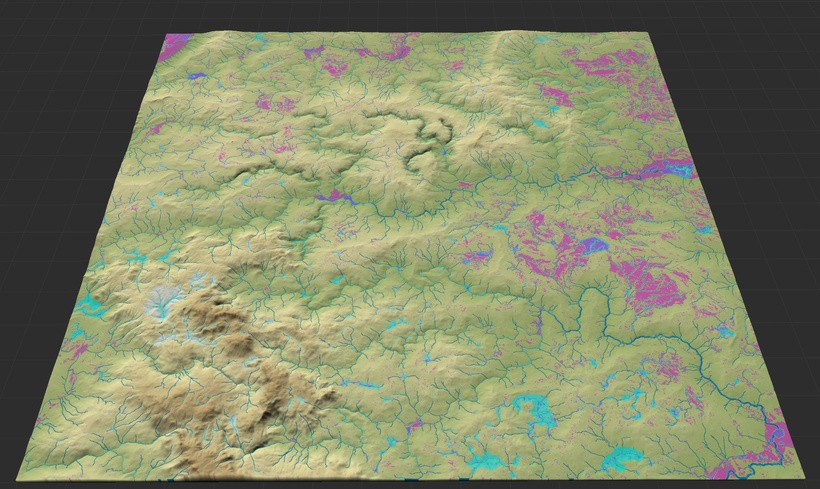 This examples are maps that have a combination of elevation coloring and highlight colors indicating possible rivers, lakes and wetlands overlayed onto the terrain. This will all be saved as grayscale images that can then be used as masks both inside World Machine but also in Photoshop to make it possible to create stunningly detailed textures. 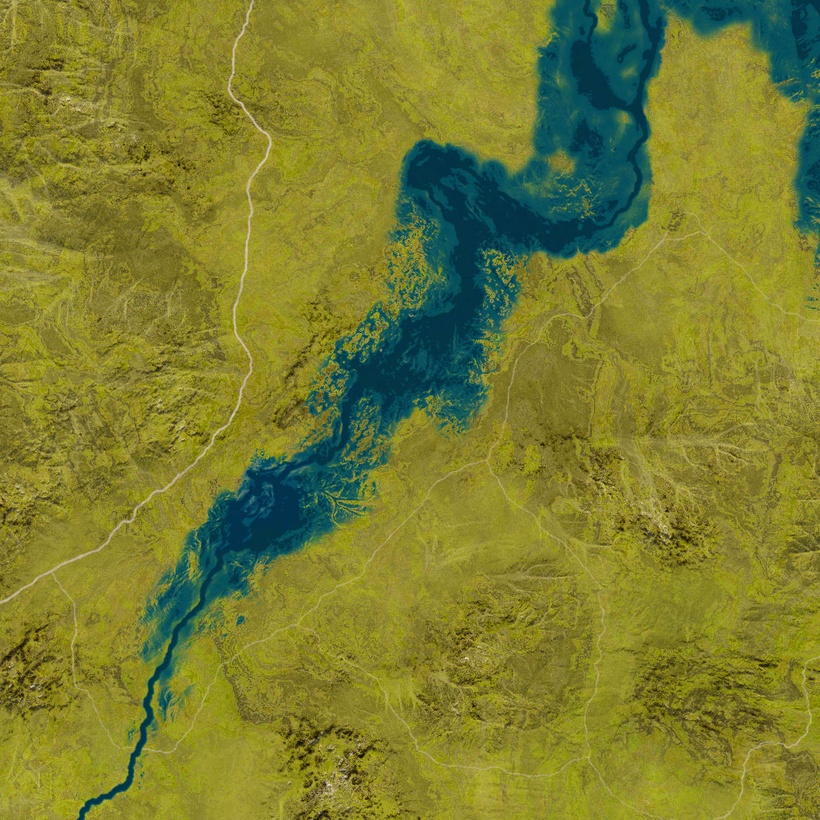 Above is a quick test of this for a swampy area around a river. No blending is done yet so it looks rough but with a couple of hours of editing it can be made to look stunning. The same texture and masks can then be used in Game engine and GIS tools to create different versions and scales of the area.

More on this will come soon!