Symbol Update - The Other Symbols

A while ago I posted a first look at the refreshed Settlement Symbols, here comes a follow-up with the other icons. No additions that I felt the need to include, instead my efforts have been to try and improve the ones I think needs an overhaul or replacement. The goal is to make them easier to identify, especially at low resolution, while maintaining a stylistic consistency. I’m also hoping I have kept some of the connection back to the classic Greyhawk maps of old, expanding and refining rather than totally replacing.

First out are the Bridge, Ford and Ferry symbols. Got rid of the yellow circle in the back and just filled in the shape with yellow, reserving the circle for towns. This is something I have done consistently for the non-town symbols. The old ferry map has gotten a new boat that is a bit more streamlined and simplified. The Ford symbol is something I have been using on my campaign map for a while, and I thought it is time for it to get a revision and become an official symbol. 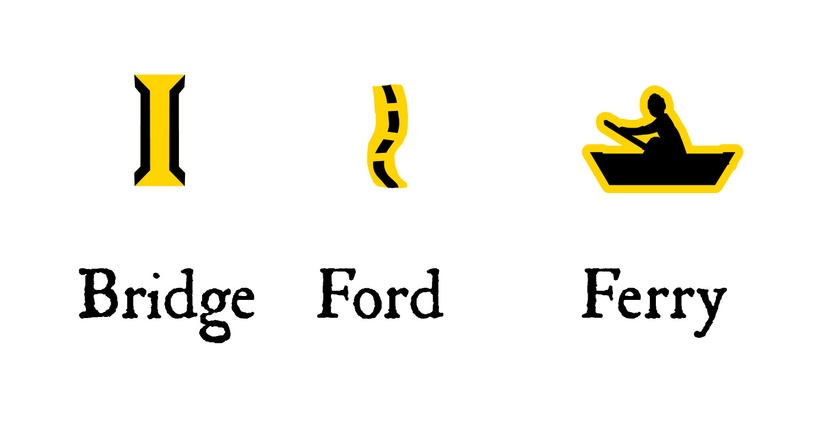 They are on the small side compared to the larger settlement symbols, the size differences need to be tweaked and tested when they go on an actual map. MY maps will come in a wide range of scales in the future, which requires different symbol sets depending on scale. On larger scale maps bigger settlements will be large enough to have their outlines shown rather than being represented by a symbol, more on that in a future post.

Next up are the Mine symbol, and it too have had its yellow circle replaced with an outline to make it more distinguished. We will see how well this work out in real tests. 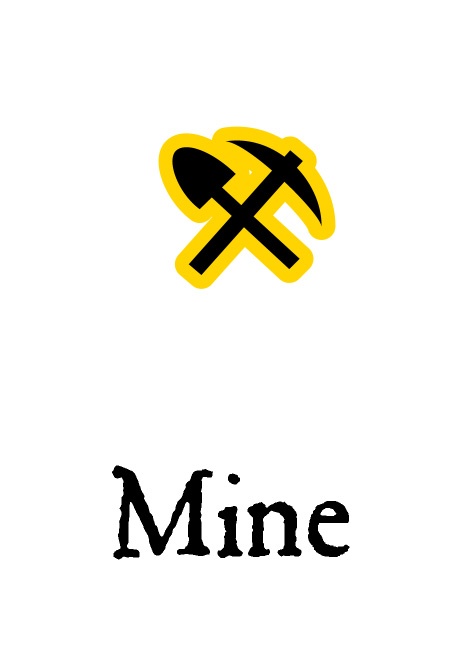 I created an oasis symbol in the shape of a simple palm for the Midgard maps and like it a lot better than the old double palms, so I hope a yellow outlined version can settle well in Greyhawk. 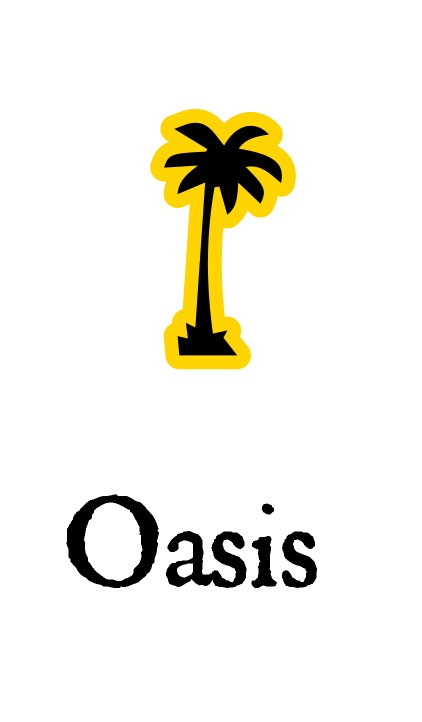 The Site symbols are something that I seem to be the inventor of, have not seen a generic site symbol on other fantasy maps. I felt the need for a symbol for all sorts of places that had some sort of significance but where no one lived, from magical to religious places. The old symbols where a bit haphazard and cluttered, the new have kept the Neolithic style but much simpler. 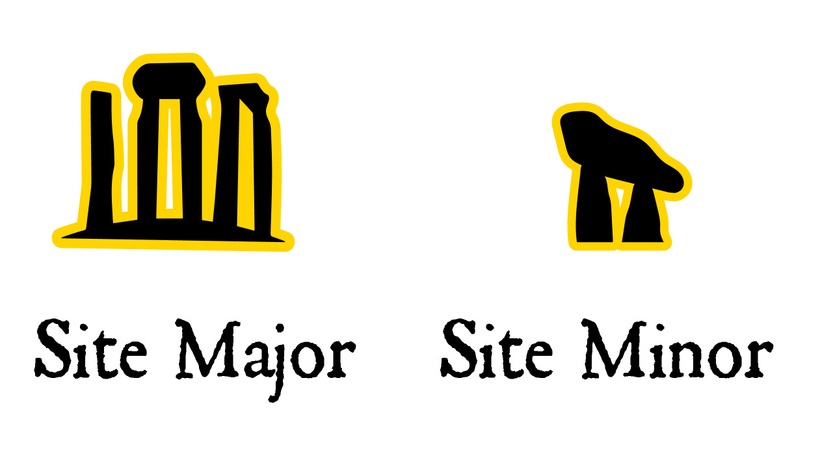 The last one to be renewed are the Dungeon or cave symbol. A staple of fantasy that I now feel belong to the others in a much better way.

If you can come up with other symbols you want to see, have I missed any obvious ones?

I will put together some test with these and we can see if they work or need to b tweaked further. When we have these done, I will work on the demi-human and humanoid versions.