First a HUGE thank you, over 300 Patreon members, wow, thank you all for your support!!!!

And thank you all for all the great feedback on my Oerth modeling, lots of good creative points that I have tried my best to address with this update. I've recruited help of friends and friends of friends who are experts at climate, oceanography, ecology and geography. Over a series of zoom calls they have helped me trying to come up with cool solutions to try and improve on the Oerth model.  There were three main issues with my first version, too much desert in the west, more islands would be better and the "cowhide factor" is still too high.

Below is the revised continental layout: 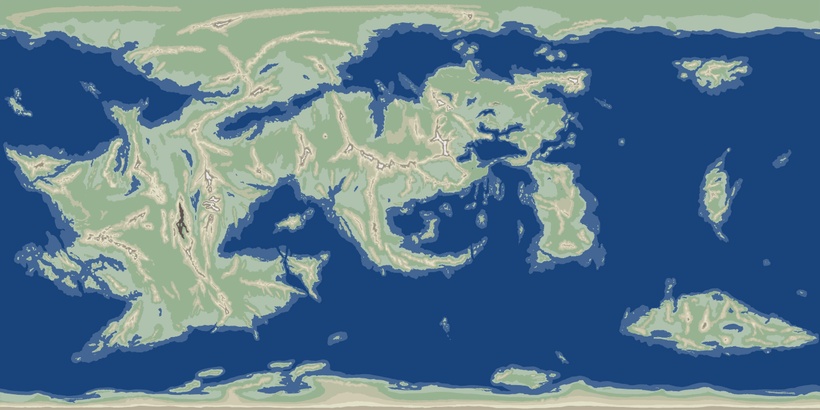 My goal is to try and improve on the three mentioned issues and still try to honor the DA1 map and the other scare source material available. Lets start in the North Western Oerik where I hade made into Hot Steppes and Desert, and the Sundered Empire Map made into a enormous forested and fertile region. So how to turn desert into a lush forest? You have to give the region a decent amount of rainfall reliably spread out over the year. In order to increase the rainfall in the desert zone we need to bring in  humid air and keep dry air away. We started by adding a group of islands in the ocean north of the NW tip of Oerik, large enough and placed to divert the ocean currents coming across the Solnor from the west south along the northern Oerik and then sweep north effectively revering the gyre from my previous version.  This will bring in warm moist air from the west rather than cold dry air from the north giving us a good start with a forested peninsula sticking out. 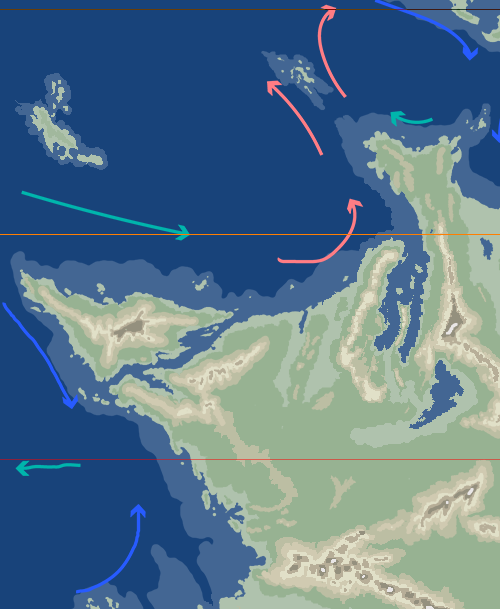 Next is to bring the ocean south by creating a large inlet just west of the peninsula. To make it more interesting I broke it into two with a land tongue and sprinkled in some islands. We added mountains east and west of and they are especially high in the east to create a barrier from the prevailing eastern winds brining in dry desert air, instead forcing moist ocean air south. The humid tropical area at the equator has lots of humidity, so instead of if having most of that flowing west to the coast we added a low range of hills to force the a large part of the rainforests to drain NE. This will fill out the depression SE of the added ocean inlet making the climate humid subtropical to tropical as well as make the geography much more interesting. Hills and mountains in this area will be mostly covered in vegetation ranging from tropical to temperate depending on  elevation and direction. The added islands will have a climate similar to Ireland with an oceanic climate. 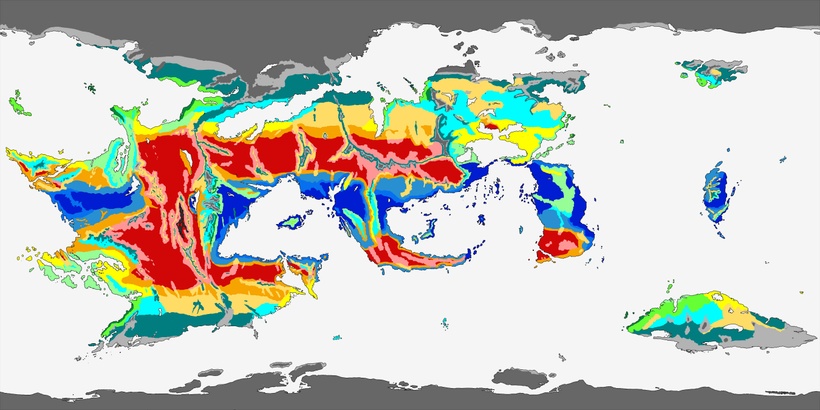 Here is the legend with adjusted matching colors. 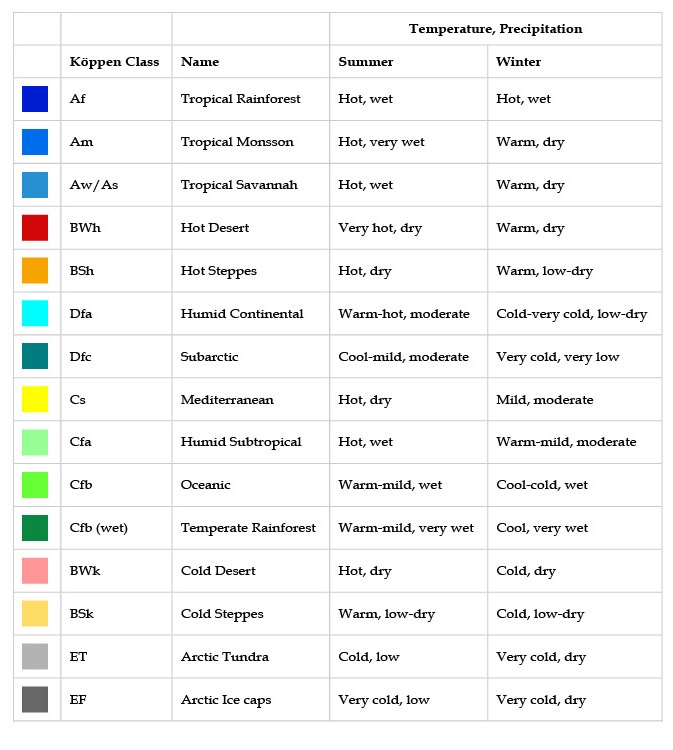 Western Oerik is in this version given a much larger area of Tropical Rainforest and Savannah in the northern half, and a much more broke up coast in the southern half along with an rearrangement of the mountain ranges to again keep the dry desert air away from the coast, will make for much larger Mediterranean and Humid Subtropical areas.  The broken up coast and added islands makes the geography more interesting, reduces the cowhide factor and also better matches the Sundered Empire map.

Next up is the central valley of Western Oerik, east of the big rift. In my firs model this was hot dry depression shielded from the rainforest east of the huge mountain range. By creating a series of canyons that opens up for winds from the east this depression will become a huge tropical rainforest oasis in a very hot dry desert and rivers draining the mountains will create a lake that seasonally grows to the  size of the Nyr Dyv . East of the lake will be a hot steppe before some of the most impressive mountain pillars on Oerth with large valleys covered in forests of all kinds, a very diverse mix of biomes and adventuring possibilities. It is important to know that climate zones are not monolithic, just because an area is a desert doesn't mean that there are only sand and rock. If you take the Sahara or the Deserts of South Western USA there are large areas with varying forms of vegetation including forests where there are water, open or in aquafers.

Thank you so much for your help, I think this is an large improvement and we are getting closer to a really useable model of Oerth.