Taken my Oerth planetary project for another spin to try and improve it a bit more and take a first look at drainage basins and major rivers. Given the simple elevation maps some color tweaks to make it a bit easier to read, with a purple for depressions and black for deep depressions.

Focus for this round is the  Empyrea homage in the Solnor that have been given some more shape and character but kept the same general size. I wanted to get away from the big blob to something more interesting, and hopefully this is better.  Added an loose string of islands fanning out north along an extension of the shelf north towards Fireland. 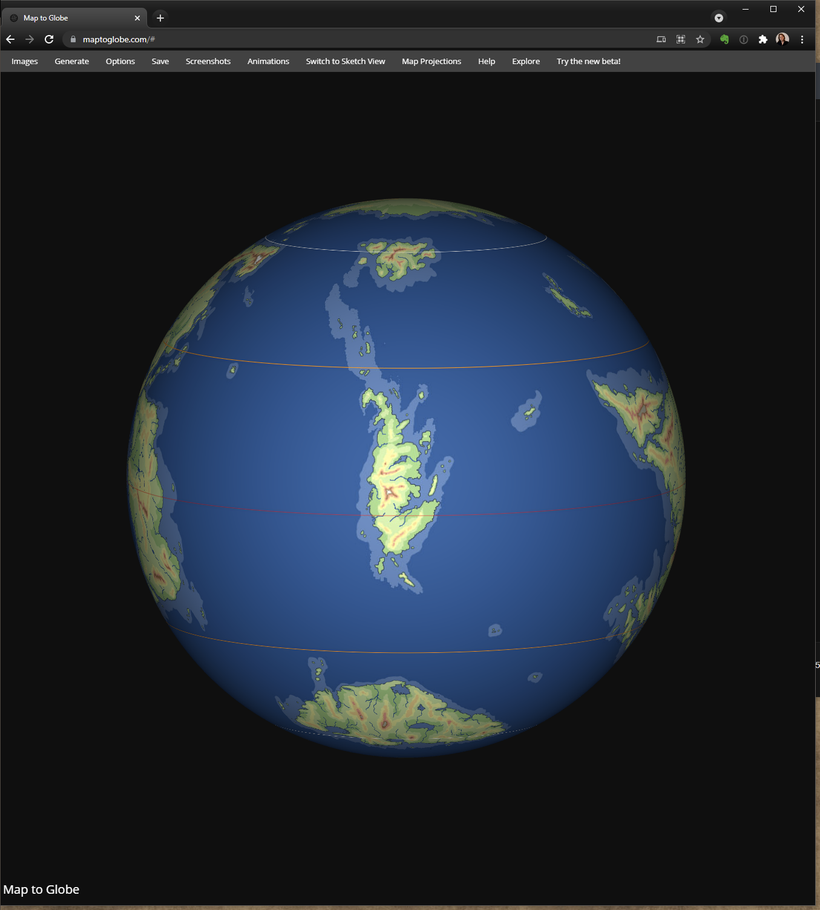 Starting to get the feel that the major stuff are now good enough to go in and have a first look at the major rivers. Remember that the rivers shown are only major drainage channels home to the biggest rivers. Some of these rivers will only be seasonal or only flow during very wet conditions, for example the river flowing  west across the Dry Steppes creating Lake Udrukankar. It probably only comes to life a few weeks late spring early summer when snow melt from the Crystalmists feeds it and the lake, disappearing quickly in the hot and dry conditions only to come back again next spring. During those short weeks it is the longest river with its roots in the Flanaess. 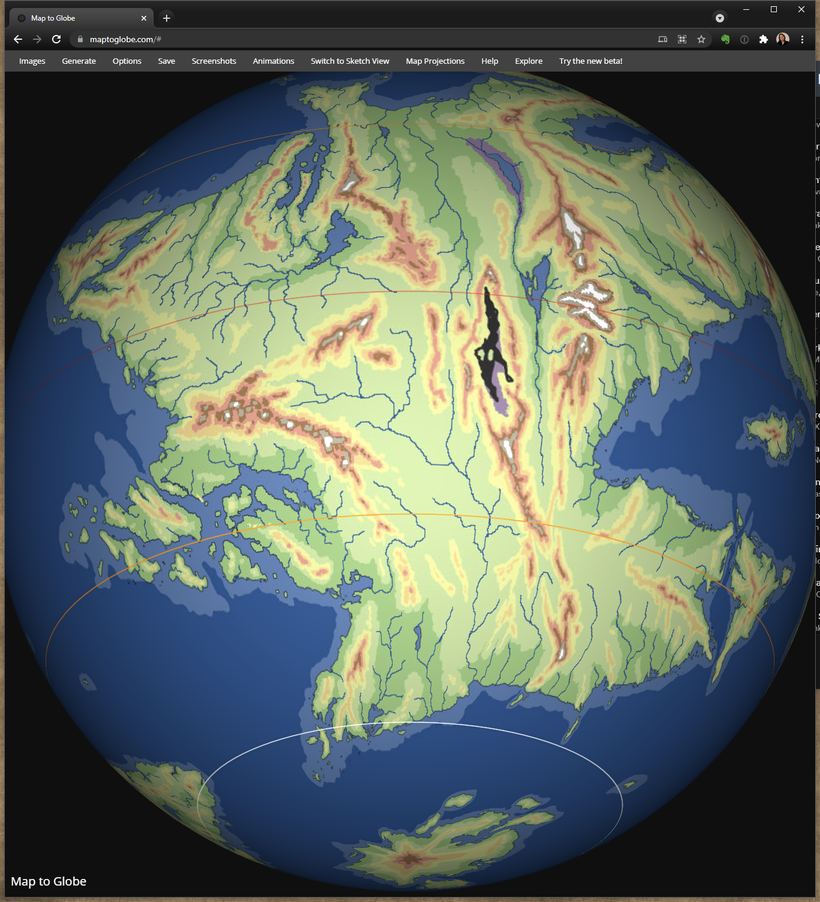 Oerth's longest river in this version of the planet are in the western Oerik originating in the central desert, with a similar story of seasonal snow melt from four mountain ranges giving it enough staying power to be flowing, at least to some degree, all year round.  It will pick up more and more tributaries and water as it flows south ending up as a huge river with an estuary in the taiga on the Southern Oerik coast. Since it flows into colder regions it is likely to have huge overflows when spring flooding hits the still cold and frozen southern regions, like Canadian and Russian  rivers flowing into the arctic. Makes for interesting adventuring geography! 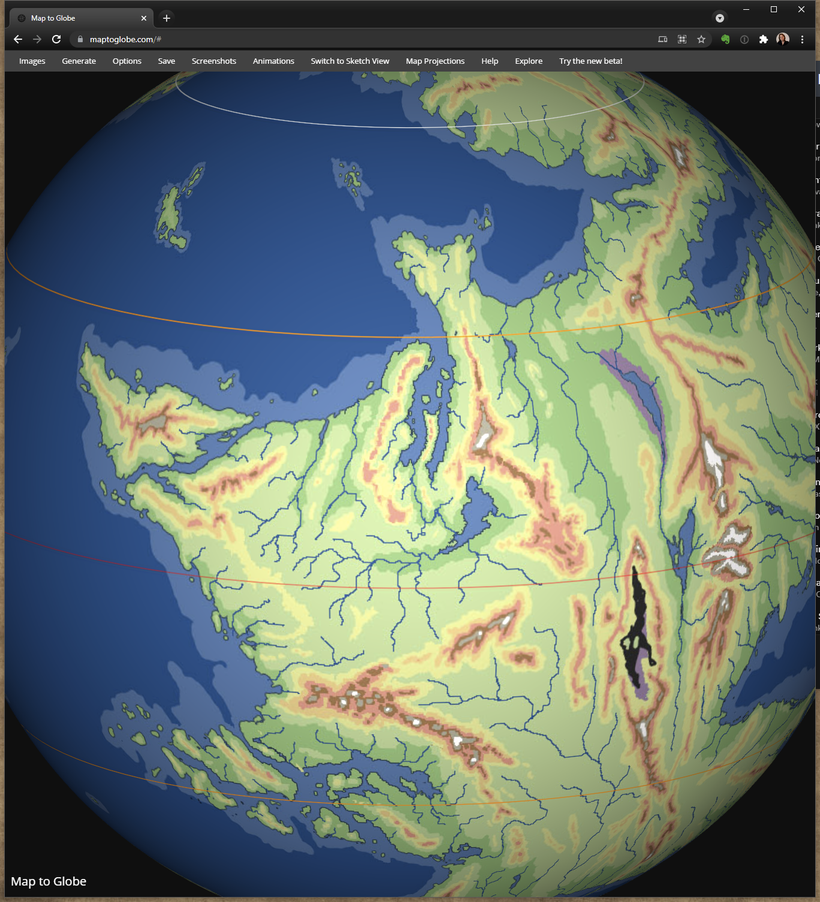 Oerth comes with about half a dozen mighty tropical rivers in the class of the Amazon or the Congo. Again it is the Western Oerik that is the home to three of them, with the biggest draining the eastern part of the  rainforest of the Western Oerik. It is on a similar  or larger scale than the Amazon, forming a huge lake basin half way through its flow north. It drains not only millions of square miles of  tropical rainforest, two large mountain ranges as well, so it will be navigable for a large part of its length for all types of ships. Its two neighboring rivers are smaller but still mighty, rivaling the the Velverdyva in length and probably carries more water, being in the class of the Mississippi, Nile or the Volga. 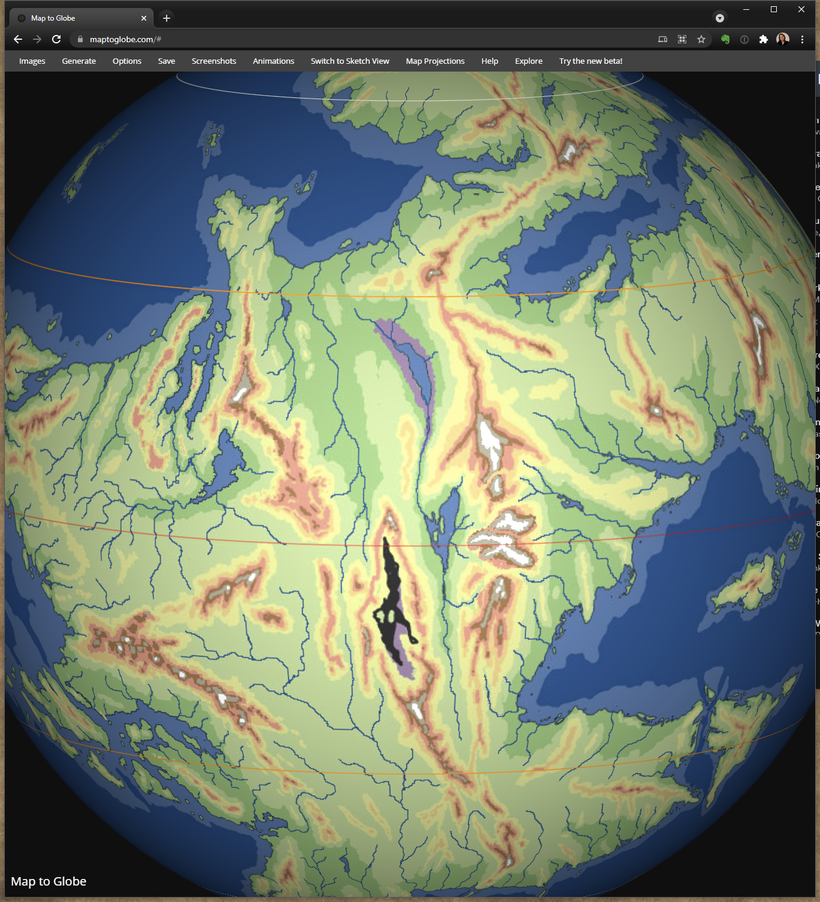 The most unusual river must be the river in the eastern side of Western Oerik flowing north in the huge basin east of the big canyon. It start in a desert valley far south with mainly seasonal melt water. After more than 1,000 miles north it hits the tropical region where it receives a major boost from the humid air from the east and the drainage from some of the mightiest mountains of Oerth both east and west of it. This makes it top up the old ocean remnant in the center of the valley. During high flows this lakes drains north into an even lower depression that far below sea level where its water forms a large dead sea like body of very salt water surrounded by   huge salt flats. This water sits here until evaporated away by the hot desert sun. 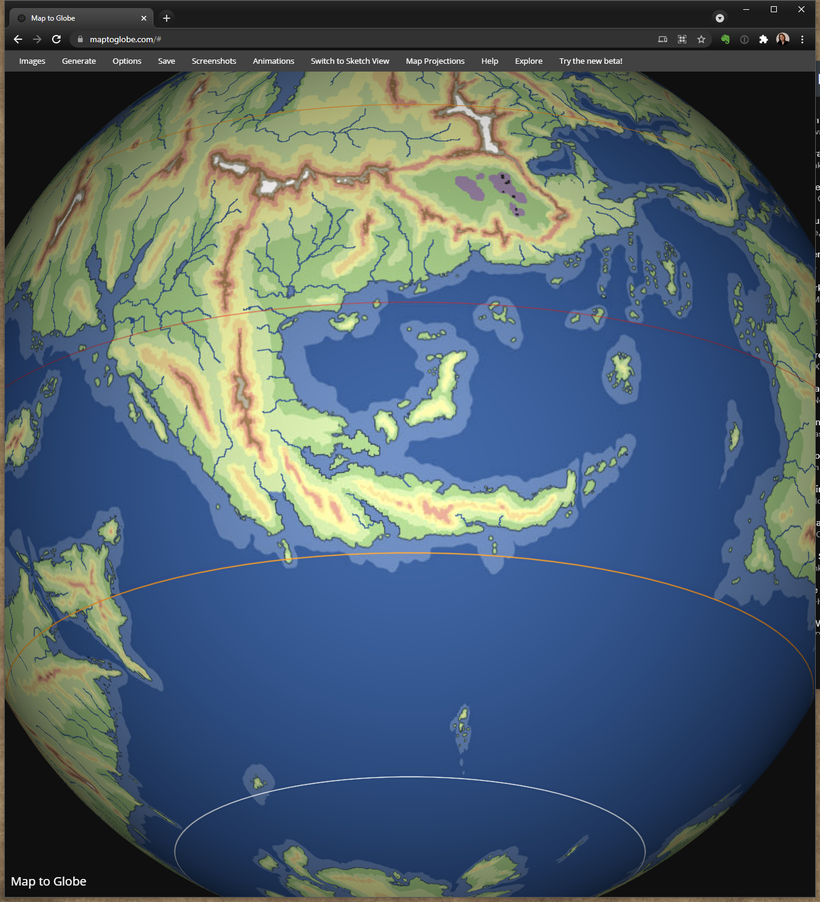 The "banana" peninsula in the south central Oerik have been given a work over splitting up the general shape to make it stand out a bit less.  The final thing to have been looked at this update is the Sea of Dust that now have the depressed areas marked.

With this iteration I'm starting to have a really positive feel about this planetary model being good enough to be really interesting, and useable as a diverse and robust platform for adventuring across a landscape that can harbor almost anything you like, and still have room left over to surprise! 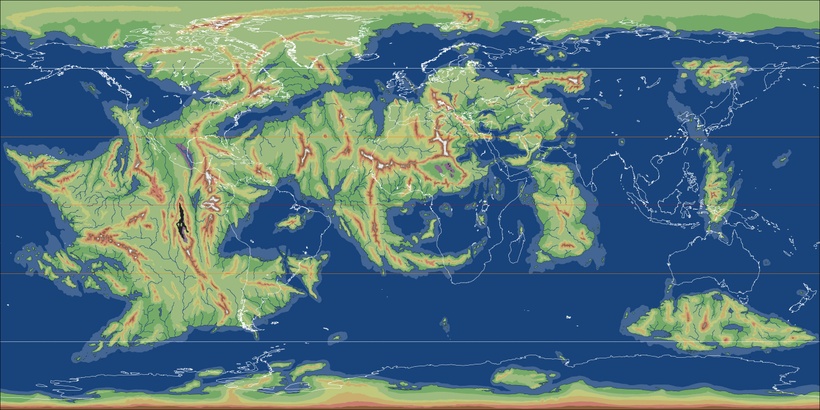 Here is a version with the continents of Earth on top so you can compare and see the true size of Oerth's features:  https://www.dropbox.com/s/km7fzd9wvg6lwkg/Oerth%20Continental%20Layout%20w%20Earth%20outlines%20-%2040-3.jpg?dl=0

Try it out in https://www.maptoglobe.com/