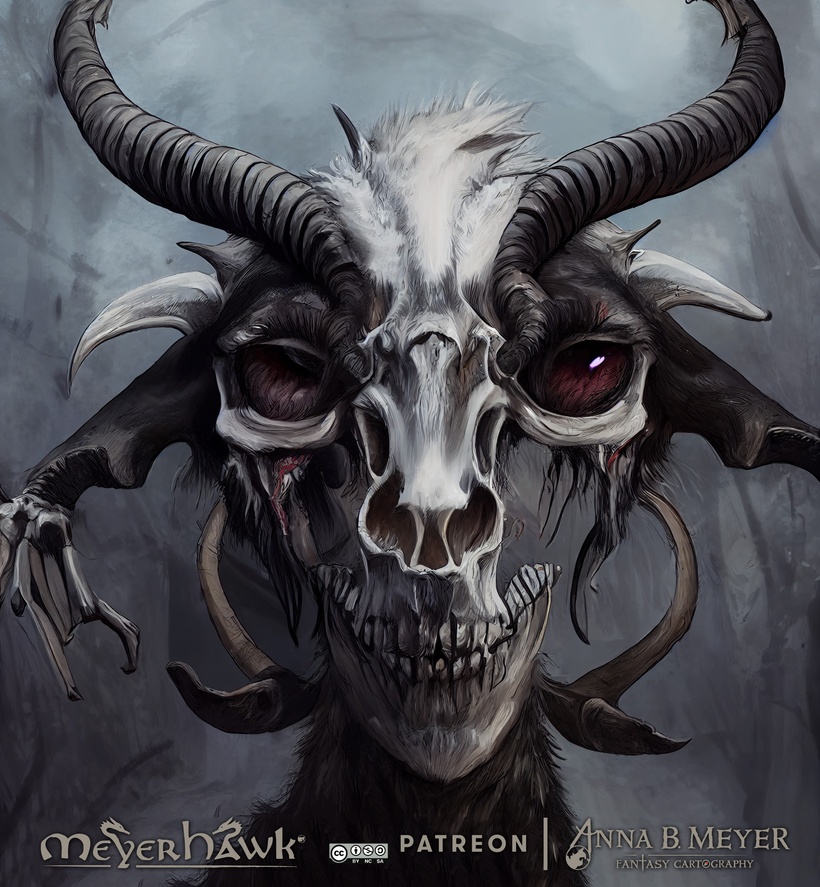 In this spooky season lest look into a some appropriate monsters, and first out are the Iuzian Zombie Goat.

Zombie goats, or more accurately Iuzian undead goats, are the result of a combination of sad and terrible factors creating a scourge of lands under the Old One and beyond. It started with minor priests of Iuz lacking the ability to control and manage their quickly growing holdings they where set to dominate. Their greedy master demanded both tribute in the form of meat to feed his troops and that all forms of resistance in conquered lands where brought down. 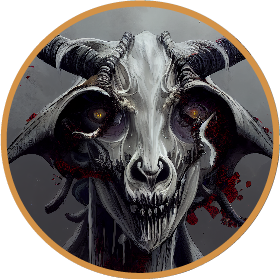 Lack of manpower were soon a big problem, people where either sent to the front to fight worked to death under appalling conditions and then tuned undead to serve on with menial tasks. When priest of the Old One found themselves without people to give the gift of Orcus, they turned to an still ample resource in these half barren lands, goats. the little hardy critters where everywhere in, large numbers, and could be bread much faster and easier than people.

Thus some inventive clergy of Iuz killed a goat, stripped it of most of its meat and animated it. Giving it instruction to guard, chase down any humans hiding in the area and similar tasks, the undead goats became a simple solution to both supporting the war effort and controlling the lands. The practice spread and now there are probably many thousands of Iuzian Zombie goats roaming the lands of Empire of Iuz.

A single sheep is not a more than a nuisance for hardened adventurers, but for the few common folks still struggling in the Empire of Iuz they are a deadly resource of the priests keeping the population in check.

There are rumors' of more deadly variants of these critters either being created by innovative priests, maybe Iuz himself, or by the malign nature of the land. 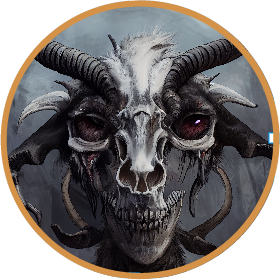 Languages: none, but can respond to simple commands given by priests of Iuz.

Undead Fortitude (1/Day), If the zombie goat is reduced to 0 hit points by damage that isn’t radiant or from a critical hit it’s instead reduced to 1 hit point falls prone and is stunned until the end of its next turn appearing to be dead.

Climb, zombie goats can climb near impossible obstacles like walls rocks and anything that isn't smooth and vertical.

Unturnable, zombie goats that fail their save will turn stiff and roll over and stay stiff for a minute or until revived by an Iuzian priest.

Vile Discharge (on destruction), The zombie goat dumps its discharge when killed leaving a slippery poisoned mess in a 10 feet square of slippery difficult terrain. Creatures entering the area must make a Dexterity saving throw DC 14 or fall prone then having to make a Constitution save DC 12 taking 2d4 poison damage on a failure.

Mortis Jump (bonus), The zombie goat can make a 10 feet jump as a bonus action.