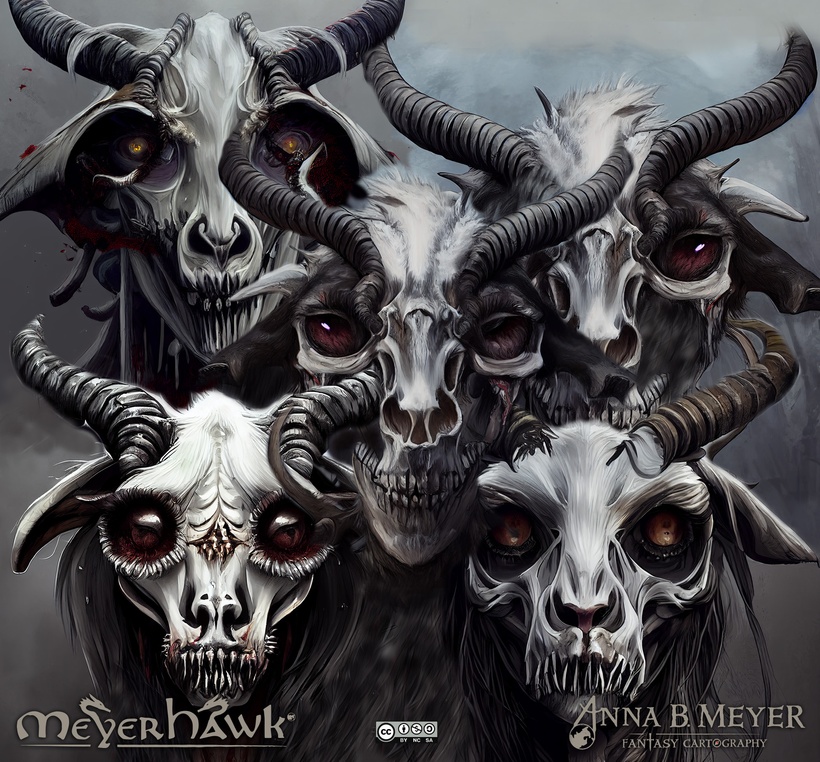 The new Iuzian small menace are individually but a mere nuisance for brave adventures, but they often come in numbers, and that changes things. 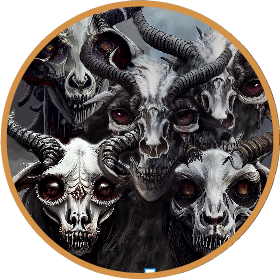 Languages: none, but can respond to simple commands given by priests of Iuz.

Horde, The horde is composed of 5 or more zombie goats. If it is subjected to a spell, attack, or other effect that affects only one target, it takes any damage but ignores other effects. It can share its space with Medium or smaller creatures or objects. The horde can move through any opening large enough for one small creature without squeezing.

Area Vulnerability, The horde takes double damage from any effect that targets an area.

Horde Dispersal, When the horde is reduced to 0 hit points, it turns into 2 (1d4) goats.

Climb, zombie goats can climb near impossible obstacles like walls rocks and anything that isn't smooth and vertical.

Unturnable, zombie goats that fail their save will turn stiff and roll over and stay stiff for a minute or until revived by an Iuzian priest.

Vile Discharge, The zombie goat dumps its discharge when killed, leaving a slippery poisoned mess of slippery difficult terrain. Once the horde takes damage creatures standing next to it must make a Dexterity saving throw DC 14 or fall prone, then having to make a Constitution save DC 12 taking 5 (2d4) poison damage on a failure.

Multiattack, the horde can attack all creatures within 5 feet of it.