Fauna of MeyerHawk - The Auroch 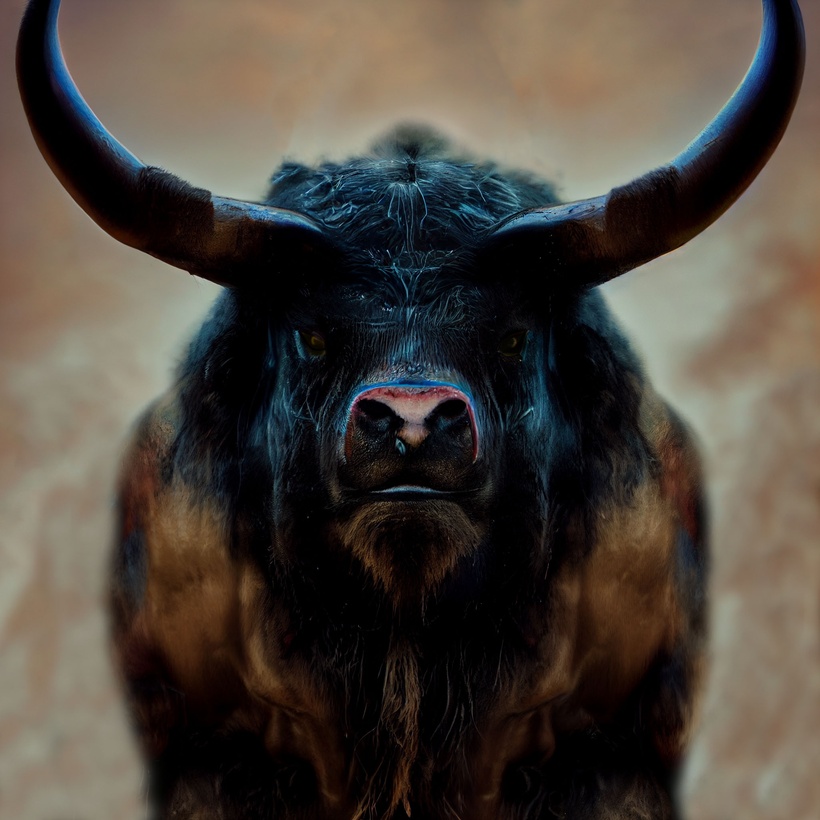 I hope you like this first in my series of the fauna of my campaign. Animals are often overlooked in fantasy role play, which is understandable when you have so many more interesting options to use. Still I think there are room for using the natural world and its animals (and plants) in your campaigns.

Focus is also often on predators so this article is an attempt to show that a herbivore and "prey animal" can be interesting. A herd of these impressive beasts are enough to make even a party of midlevel adventurers make a detour. Animals that can take a stand against even worgs need to be powerful enough, and a herd of these beasts pack a serious punch!

The aurochs are grand oxen creatures. This large, horned animal has a brown to black thick fur and an aggressive temper. Its horns are wide and sharp and both males and females have them.

Aurochs ancestors roamed the northern plains and forests of central Oerik west of the Bakluni Basin. They spread west and east, and even north during the ages of warmer climate. It was probably during one of these warm periods when they first arrived in the Flanaess via the Thornward gap and the Dramidj coast. Well adapted to both cold climate and covering long distances to find good grazing these first Aurochs quickly made themselves at home.

Soon the worgs that were one of the few predators powerful enough to successfully hunt them followed and both species are now part of the fauna of the Northern Flanaess.

It is the largest bovine in the Flanaess at around 7 feet tall and often weighs more than a ton, bulls are slightly larger than cows. They live in herds ranging from around 20 - 30 in areas where they are rare and used to being hunted by intelligent hunters (like humans), to many hundreds in the few areas where they are still common.

The fur of bulls range from pure black to medium brown. Cows are only rarely black, usually having a dark brown to light brown or even grey fur. In winter they are covered by a much thicker dense fur giving them the ability to survive in near arctic climates if necessary.

They are highly aggressive and are ready to charge and kill anything that seems threating. Cows are only mildly less aggressive, and all adults cooperate in defending the herd. 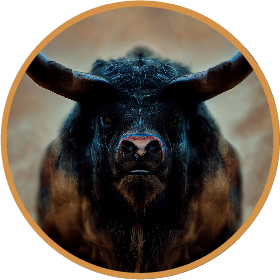 Powerful Build. The aurochs counts as one size larger when determining the aurochs' carrying capacity and the weight it can push drag or lift.

Charge. If the aurochs moves at least 20 feet straight toward a target and then hits it with a Gore, Melee Weapon Attack: +5 to hit, reach 5 ft., one target. Hit: 20 (4d8 + 4) piercing damage, the target must succeed on a DC 15 Strength or fall prone.

Trample (bonus). The Auroch uses its weight and hooves to deal extra damage, a creature takes 6 (2d6) bludgeoning damage and is knocked prone.

After having been hunted extensively for many millennia only a small number are still living in the northern wilderness of the Flanaess. Summer grazing ranging from the Burneal Forest in the west to the Hraak forest in the east, and in winter they move down to range from the Vesve to the Fellreev.

The wars of late was first devastating to the Auroch population being hunted in their southern grounds. As the war intensified meant that a large part of the humanoids in the north was needed to fight in the south which meant that much less hunting of them in their main areas in the north, so the population have slowly started to increase again. 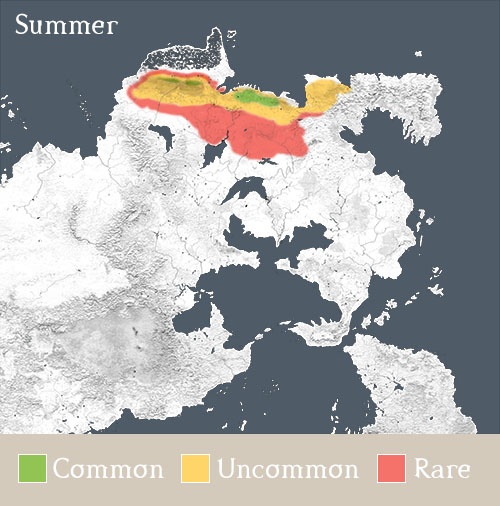 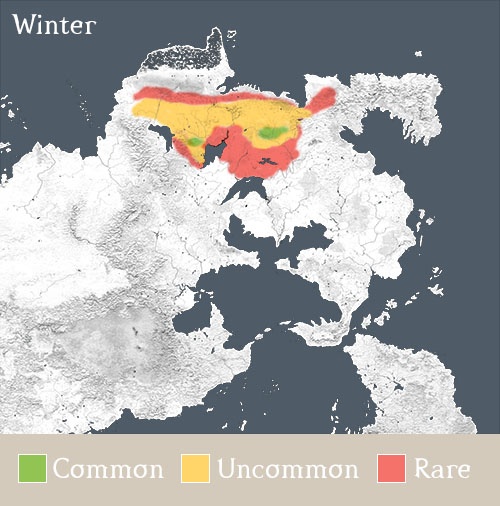 Aurochs have played a major role in the lives of various cultures throughout their presence in the Flanaess. Early on they quickly became a symbol for strength, courage and aggressiveness, and most likely plays a large role in stories of the Horned Ones of old Flan.

The Suel of the Thillonrian also saw them as a symbol for strength, but more so as a main target for their hunting prowess. The Stonefists who are a mix of the Suel and Old Flan settled on the narrow stretch of land between the Griff and White Fanged Bay, to be well placed to cash in on the Auroch migration to and from the Kelten and Amaran Atamanships each spring and fall.

In the west both the Tiger and Wolf Nomads revered the Aurochs as their most prized prey, and many are the horns decorating the helmets of their best warriors. The Wolf Nomads are also currently the most successful in their attempts to domesticate Aurochs. They occasionally manage to capture male calves, castrate them and use them as draft animals. Using males means they impact the numbers of wild Auroch the least, but the main reason for only using male calves are that females seemed determined to retain their aggressiveness no matter what.