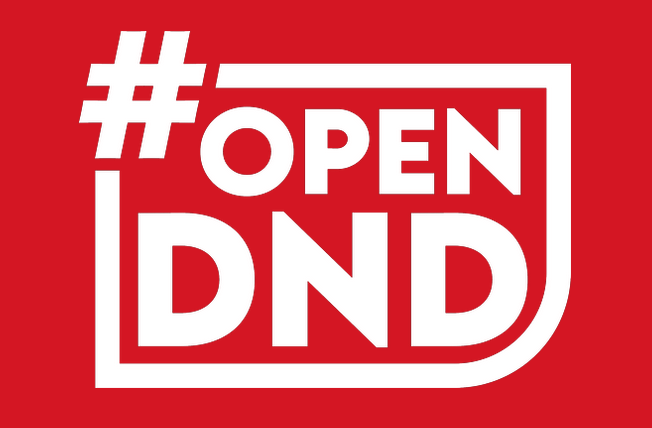 The Role of the Setting

For most role players you either play D&D, Pathfinder DCC or some other RPG. For me its a bit different, it is not the rules that are the key, it is the setting. Playing in Greyhawk is more of a key part than using a particular set of rules, I've run my Greyhawk games using AD&D1E, AD&D2E, D&D3E, D&D4E, Pathfinder 1E, Pathfinder 2E, D&D5E and now using Level Up A5E. So changing the rules every five to 10 years have been the norm, and something I can look forward to as it brings new possibilities and variation to my campaigns.

To play in a new setting would be a much bigger change for me, like moving to a another country, not something you do lightly. This is ironic since I have worked and lived in many countries and now moved permanently, for me it is easier to move country than it is to change the setting I run my games in. Worldbuilding in a familiar setting are for me kind of reassurance that is hard to replace.

The ongoing debacle where WotC have really tried hard to alienate D&D players and made it almost impossible to support them in any way, have struck a nerve with me as a long time Greyhawk fan and D&D player. Thankfully I have already moved away from D&D5E and never had a D&D Beyond  subscription. The last thing I bought from WotC was the Ghost of Saltmarsh hardback, and I received a copy of Mordenkeinen's Tome of Foes as a gift when I visited WotC HQ. The way WotC is run and how they conduct business have made me take a hard stance against buying anything from them, and I don't see them change any time soon so that will be for the foreseeable future.

Several aspects are important to consider here. Greyhawk's creation and publication history goes back way before WotC was created, and previous regimes at WotC have been great caretakers and proponents of the setting. The fictional world created in the early days of D&D by Gary Gygax and his fellow gamers, added to by great writers and artists over half a century deserves to live on beyond the executive greed and shortsightedness of the current leadership.

This means that during all of its existence, now it is more dependent on us, its fans to, keep it alive and thriving than ever before. This so future generation of gamers can experience its legends, quirks and rich tapestry of lore. I'm sure there might be future products set in the setting when things have changed but now the setting we love needs us more than ever. I urge you to abandon WotC until things improve, but equally important is keep Greyhawk alive and thriving. Play using rules and lore you already have, help your fellow gamers by creating an sharing more of it and support the publishers who have pledged to support true Open Gaming.

I will try my best to support Greyhawk as a setting and at the same time stay away from supporting WotC until they support a truly Open Gaming approach again, which might take years and never even happen. Thankfully there are better RPG's out there that you can use to play in Greyhawk with very little or no modification.

If it where for running my games with my friends, having fun and enjoying it, this would be much of a question any of the many RPG rules sets I already ow would do with some house ruling. Being a creator who intend to share a lot of my monsters, house rules, spells etc, make this a much more of a choice, I want my content to support and be part of an Open Gaming community. I've tried to sort out my needs when it comes to a new rule system.

It should be based on, or generally adhere to the basic D&D terms and mechanics. This is important so I can use existing D&D content, and share new spells, monsters and the like to the GH community. This is also important when recruiting players, making it a lot easier to learn and get into.

I need the rules and other content legally available in both PDF and online format. PDF format so I can learn and reference it using my android tablet or computers. An online database with all (or most of them) available to copy (legally) so I can use them in Obsidian as part of my campaign management.

With this I mean make use of the full range of rule inventions of D&D, meaning skills, feats etc. Even if a rule system doesn't have all the features as standard, I intend to house rule a lot, so a simpler system that can plug in features might be preferable over one that has everything from the start.

I've played using everything from Basic D&D, Pathfinder 1E and 2E, to 5E , and thoroughly enjoyed every edition I've used. In fact I still like to play in games using both old and new editions. When it comes to run my long term campaigns the rules need to do more than just entertain me, they need to be a effective vehicle for worldbuilding, storytelling as well as character development, run encounters, combat and exploration.

When it comes to emphasis of Crunch vs Fluff, that doesn't necessary have to be a limitation of the rules. Rules can certainly cover everything but that in itself can often cause "rules overload" and hamper story telling. It took me a long time to see this and realize that absence of rules can be a virtue and guide the game play as well a wealth of rules. Rules are important both in how they do things, what they cover, and what they doesn't cover.

Old school gaming had a lot of GM fiat to allow the "tit-for-tat" style games where it was the GM's duty to place intricate and creative obstacles in front of the characters, and the players job to outwit the GM by coming up with smart ways to overcome those obstacles. This requires a set of rules to make this fun, quick and resolve the inevitable conflicts in a reasonable way.

My style is much more "world immersion", exploration and storytelling. The goal is not for me to outsmart the players. It is to present a rich detailed world with inhabitants and environment reacting to what the characters are up to in interesting, believable and consistent ways. This requires a system of rules with less emphasis on limitations and conflict management, and more on discovery, categorisation and varied outcomes.

I prefer story based play a bit over tactical management, but I see this as a long sliding scale and not binary. I rather have more rules for crafting or knowledge and less complicated crit-tables for examples. The crafting rules are more for me as a guide for who create what artifacts and what the characters need to do do destroy it. A lot of the rules I desire are guidelines for me as a GM to help me create and manage rather than being used to control what the characters can do in encounters. Of course a combat system and rules for initiative etc are needed, but I'm willing to sacrifice in this department for a more robust system for magic use on in the Feywild or the limitations of divine magic.

When it comes to the encounters and combat I want to have rules that have a grit and danger in abundance, but not necessary more deadly. Varying conditions that are easy to implement, and add variety to encounters without being crippling. I have some ideas for how to house rule this that I'm going to test out as well.

The past couple of weeks have shown that relying on a large corporation's benevolence and willingness to play fair and consistent can force you as a creator to rethink what you do. If all I intended to do was to play with my friends and nothing more, I would just pick any of the D&D editions. I already have the rules for them all on my bookshelves and on my computers. Being a creator who would have to relay on it professionally as well, the license it is published under is a key thing. It needs to allow me to share and even monetize content I create for that rule system.

With the uncertainty around WotC controlled OGL, I cannot use a game system published under that license. Might be a problem at the moment but should be solves fairly soon since most third party publishers are moving their products away from the OGL.

I'm currently using Level Up or Advanced 5E, from EN Publishing. A5E is a slightly enhanced clone of 5E, very much like PF1 was a development of D&D3.5. I'm happy with it, it fulfills most of my key requirement listed above, except that it is published using OGL v1.0a. If EN Publishing can come out with a new version not dependent on the good will of WotC it is a contender as my system going forward.

Used PF2 for over a year when it came out and it is a great system that fulfills all of my key requirement, and most of them very well. It remains a top contender, now more than ever.

C&C might be a bit too old school for me as it stands, but it is easily modifiable, great publisher, and is well supported and used in the GH community.

Kobold Press up coming system that is will be ready for playtest very soon. This will probably be a similar to A5E and very 5E compatible, from a publisher I worked with and love so it is a top contender as a future system for me.

Honorable mentions are Savage Worlds, Cypher System, Symbaroum, True20 and probably another half dozen or so that have peaked my interest but is probably not enough to fulfill my needs for one reason or another.