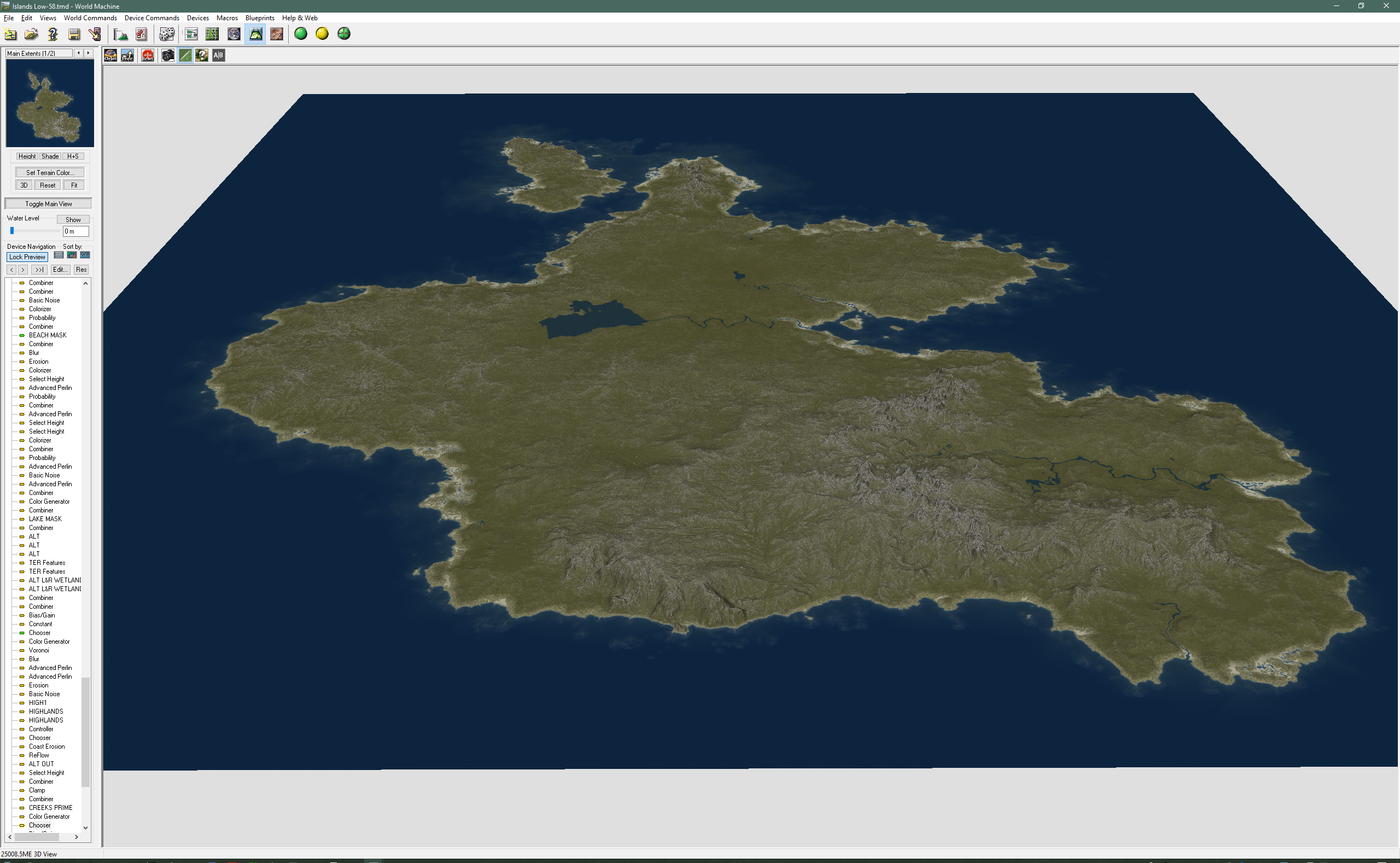 Hope you all had a good Thanksgiving, and again thank you for your support!
Spent five days in Philly working at PAX Unplugged and got back to the nice weather in Southern California again for Thanksgiving. Back at my desk my time has been divided between Patreon and Midgard.

Most of the island terrain is done, want to add a few minor islands for more detail. A rocky inaccessible island and some sort of archipelago. Added a couple of lakes and river systems, and now I'm working on how to best create realistic small creeks and waterways. 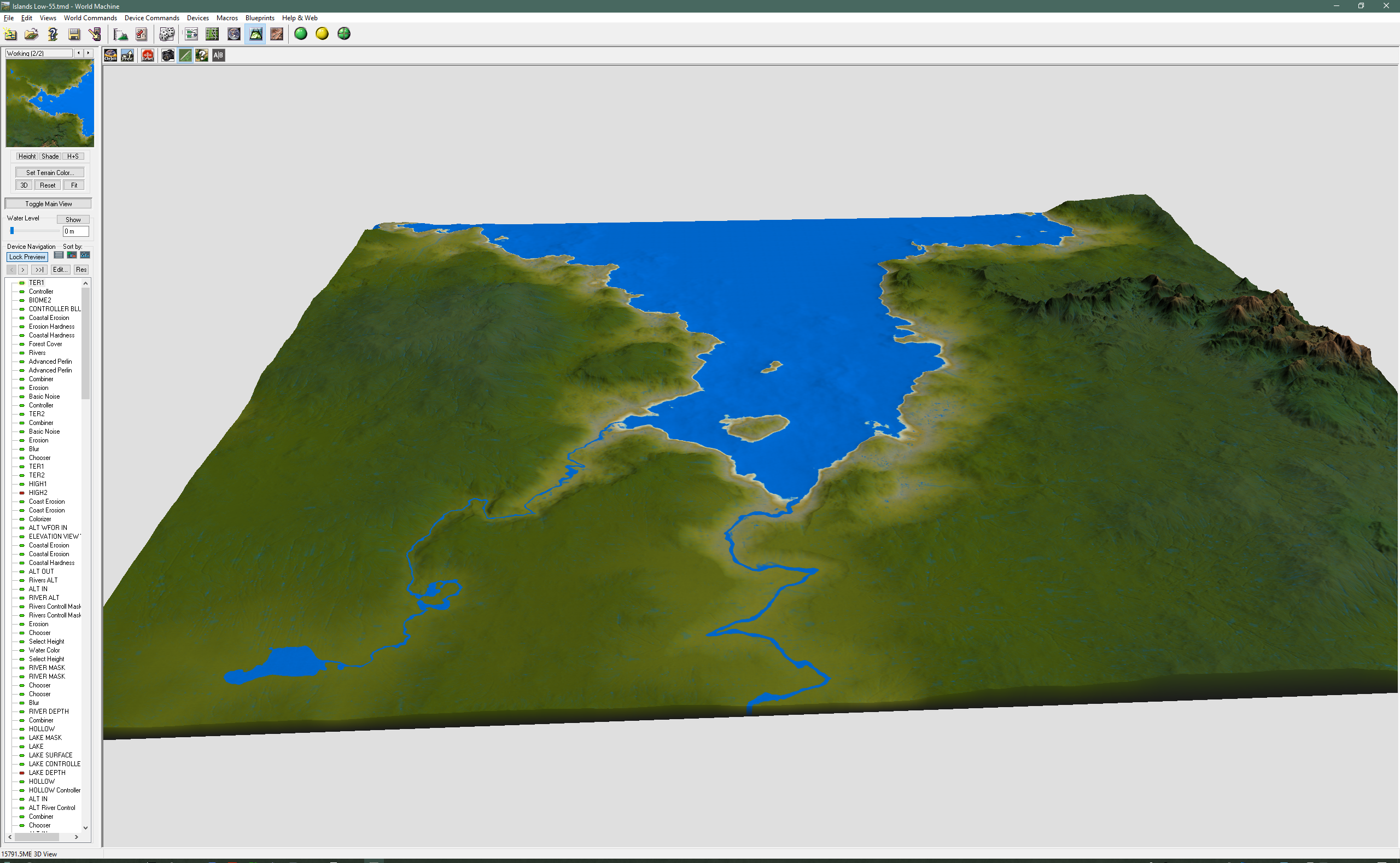 Future tools will hopefully have a reliable function to generate this without too much work. Until that happens a more hands on approach is needed. The way I'm doing it is to use a mask derived from the erosion flow data. Thanks to the excellent ReFlow macro included in the GeoGlyph 2 package it is easy to generate the data and mask it further, but for the ultimate accuracy I used Photoshop to had paint a mask that I can import back into World Machine again. 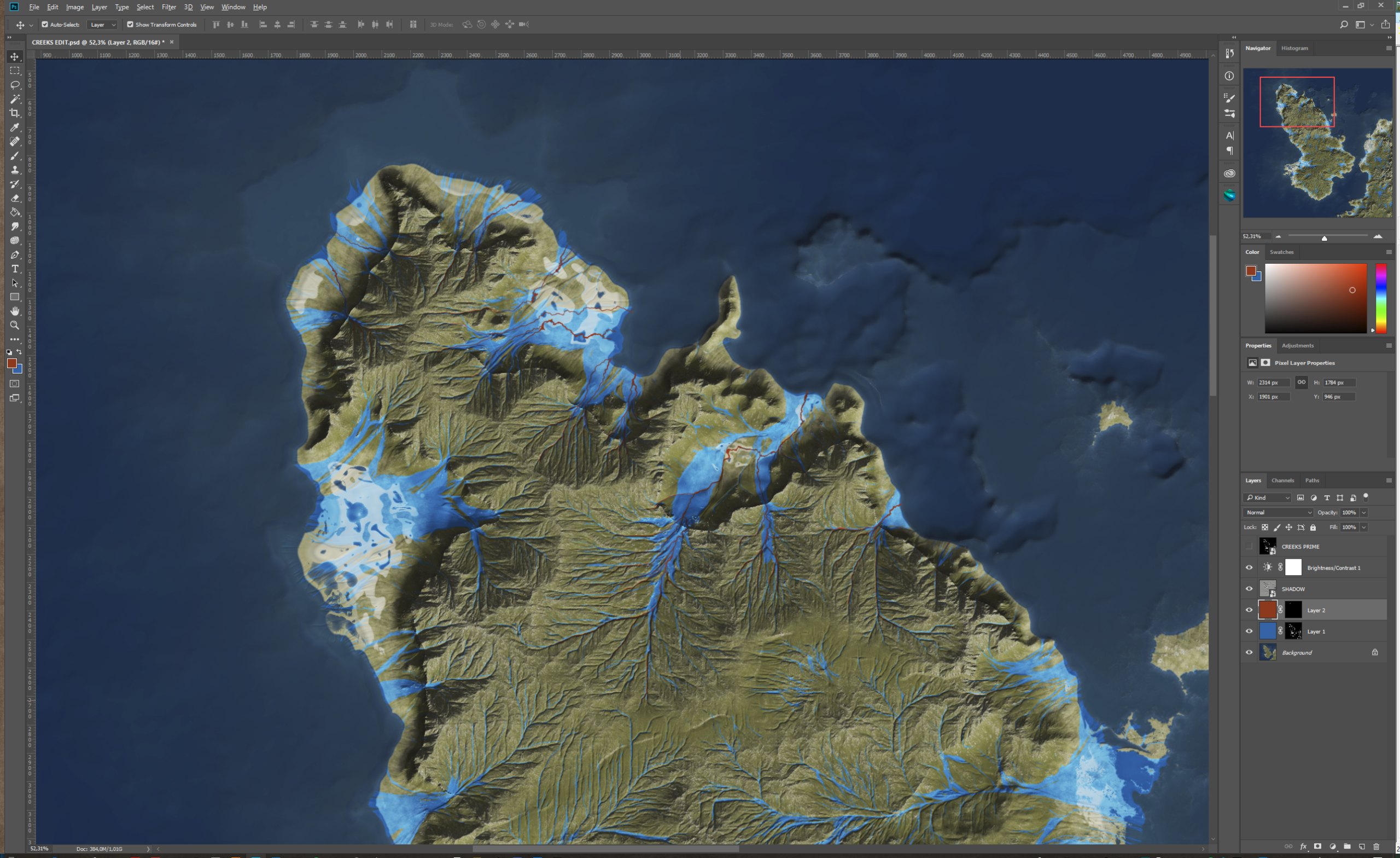 The blue overlay you see in the image above is the erosion flow data, and my rivers are in red on top of that. This will probably take me a several days of Photoshopping for all of the islands. I'm starting to a test using only the small northern island, and if it works I can do the rest as well. The principal is simple so I see now reason for it to not work, other than it is too much work for me.

For those of you that thought that this was easy, and a good quality result was simple to achieve, you need to think again. There are short cuts but most of the time you still need to put in a lot of work to get that really special result.

Upcoming posts will be, an overview video on texturing in World Machine. For the Cartographer Backers we will delve into terrain detailing, rivers and lakes, videos and source files will be posed shortly.

The Island project will not be done before Christmas, so there will be no charge in November. Aiming for an Island Project wrap up around the end of the year. Next year will start with a Creative Commons Project - Lendore Isle.

This will give us time to discuss and determine what this Patreon should go after that. Both what type of terrain or landscape to tackle next, and also what Creative Common Project to accompany it.

Next year will also be a year with new tools becoming available. This can open up new possibilities and speed things up, but initially they can be a hurdle taking time to get into all the new. But it is a necessary frustration leading to new heights!